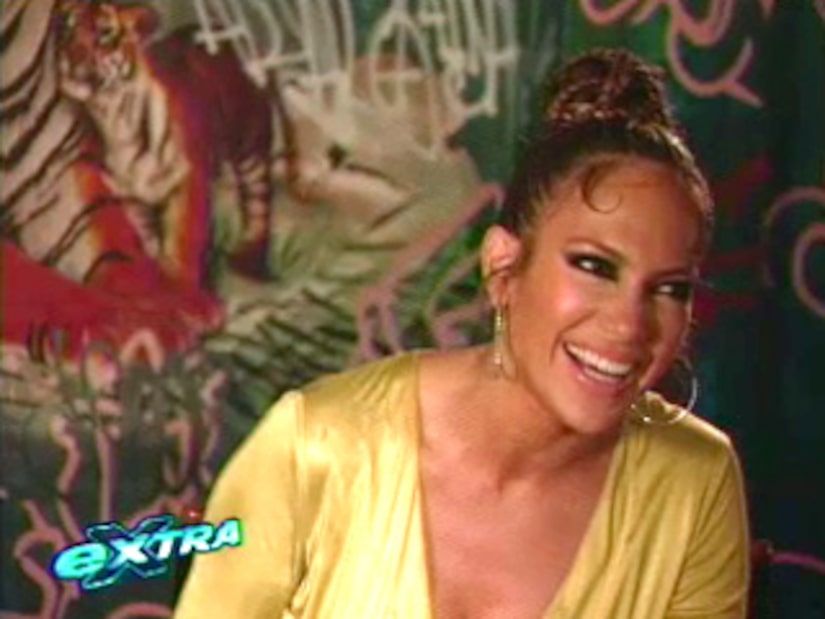 Jennifer Lopez may be making the most controversial music video of her career!

J Lo's new video, called “Do it Well,” is raising eyebrows with its display of leather, chains and S&M, and only “Extra” was on the set to find out what the fuss is all about.

Jennifer explained, “It's basically me, coming into this situation where people are oppressed in a way, and kind of being a liberator, like setting everybody free but beating everybody up.”

“Do it Well” is the brainchild of famed photographer David LaChapelle, who wanted to see Jennifer break it down.

Standing by Jen's side was husband Marc Anthony, who was so doting and attentive between takes that he had the whole set buzzing!

“We really compliment each other. We really believe in each other,” she gushed. “And the things that we do together are very natural. They're not forced, in life or in work.”

Jennifer and Marc will soon be combining business and pleasure, as they're set to co-headline a tour that kicks off September 29.

It's the first time Jennifer has ever hit the road on a full concert tour, and she told “Extra” she'll be taking a few cues from her album, entitled “Brave,” when she steps out on stage.

“I can be brave, yeah! I have my moments when I'm a scaredy cat – chicken, too!” she joked. “Mostly I'm a believer in no fear and kind of going for what you want.”