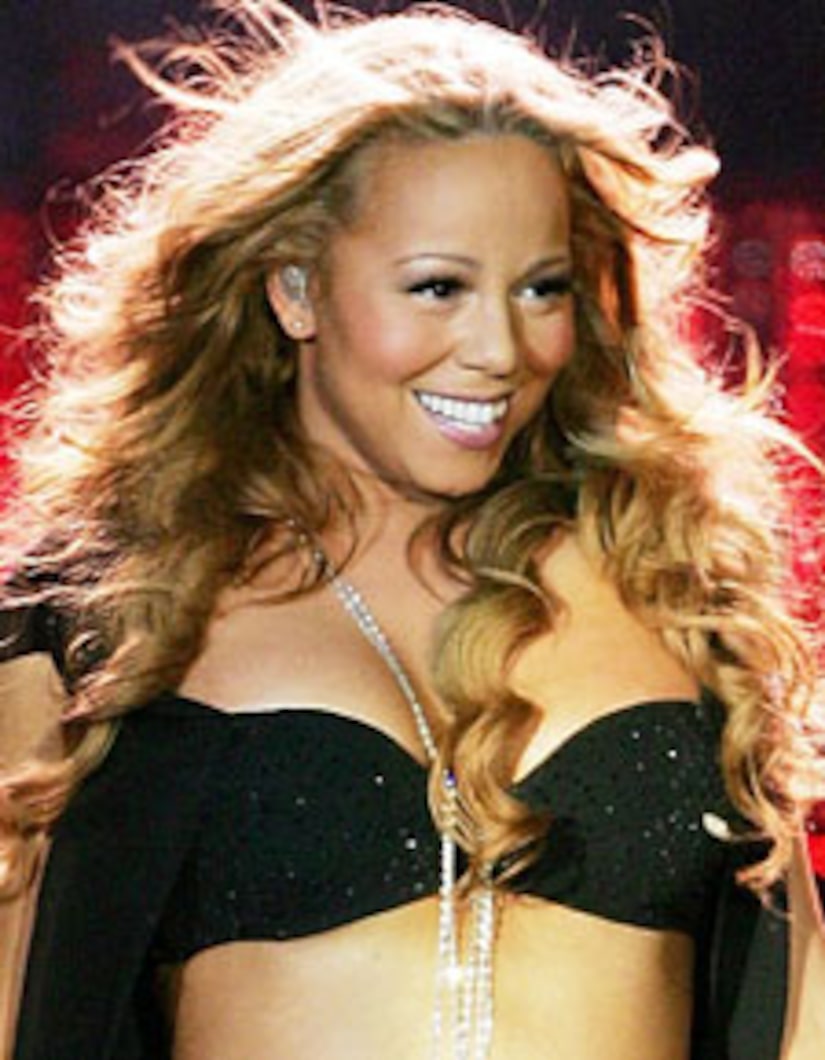 Busting out in a skimpy bathing suit and lounging in pink lingerie, “Extra” was first with Mariah Carey as she sexed it up for Playboy magazine.

While Mariah doesn't bare all in the issue, she did bare her soul to the magazine's Jason Buhrmester, including why she's not into one night stands.

In the 20-question interview, Mariah opens up about her emotional breakdown after the failure of “Glitter.”

Mariah also revealed the hurtful comment that set her off:

“Howard Stern had called her fat that morning and three seconds later she was before her fans, and she just kind of spouted off about it,” Buhrmester told “Extra.”