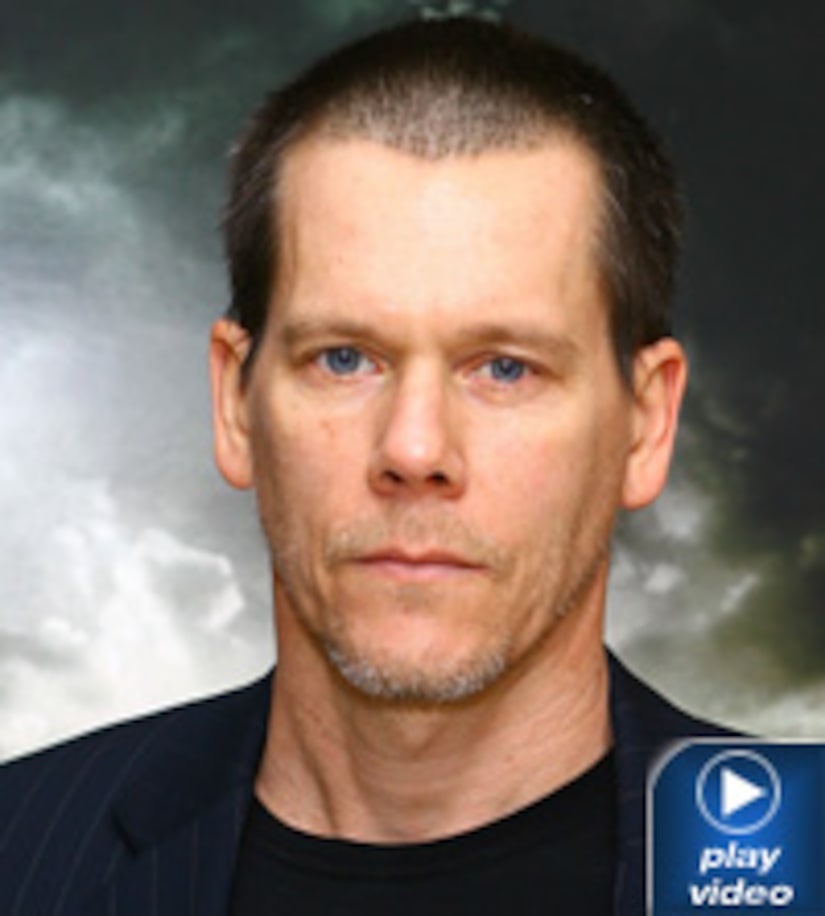 He's the Hollywood A-lister who has starred in "Animal House," "Footloose" and "A Few Good Men."

Now, Kevin Bacon, who once admitted, "There's very little that I won't do for a part," lets loose with the clippers and shaves his head as the "Extra" cameras were rolling!

Kevin's new buzz cut is for his new gruesome thriller, "Death Sentence," about a man who tries to avenge his son's murder.

The actor insisted that his gorgeous wife, actress Kyra Sedgwick, would be impressed with his new do.

"When I come home, and she thinks she's getting a little strange on the side, a guy walks through the door and it's, 'Hmmm, this is good.' She'll dig it," Kevin predicted.

Bacon's co-star, Aisha Tyler, also digs the new do, but she said you won't see her anywhere near the clippers.

"I could never do that," she told us. "For a woman, that's like cutting off a finger or an arm. It's just a woman's relationship with the hair is a little too emotional."

But Kevin Bacon fans beware: you ought to get use to Kevin's strange look, as he told "Extra" he's ready for another creepy role.

In the meantime, Kevin hopes fans will be entertained when his new thriller hits theaters next year.