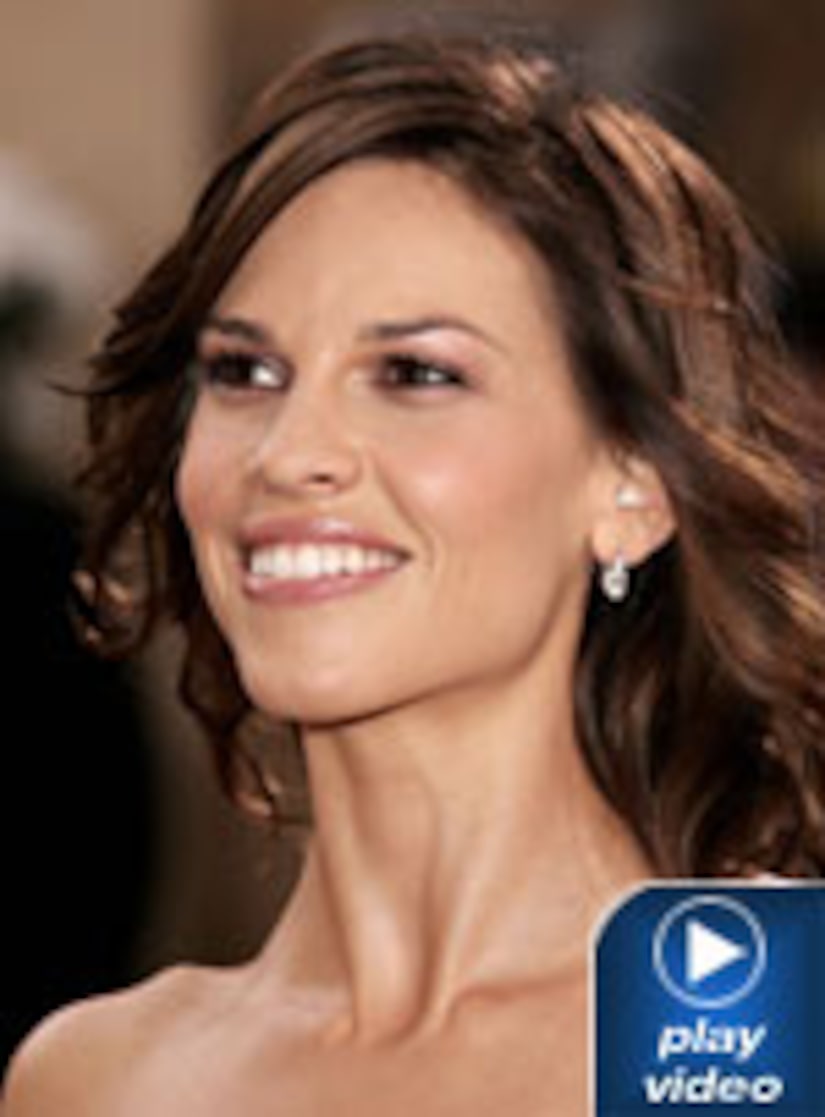 Based on a true story, Hilary plays a first-time teacher who inspires her at-risk students to change their lives.

"It's amazing how that person can make a difference, even in one person's life," Hilary said.

As for who Hilary credits with being her inspiration, the actress told us, "It was my mom. My mom was really the person who believed in me and told me I can do anything I want in life."

Swank said her mom was there for here even when they were so poor, the two lived in a car. And the "Million Dollar Baby" admitted that she still carries around an innate fear that someday her success will all disappear.

"Certainly there's that fear, is this going to be my last movie? Am I going to be found out and, 'You! How'd you get in?'" she joked. "There's always that, yeah."

"Chad and I have been separated and divorced. It's been like a year and a half now, and we're both in a really good place," she said. "I'm really happy, and I know he's really happy, and it's a new chapter for both of us."