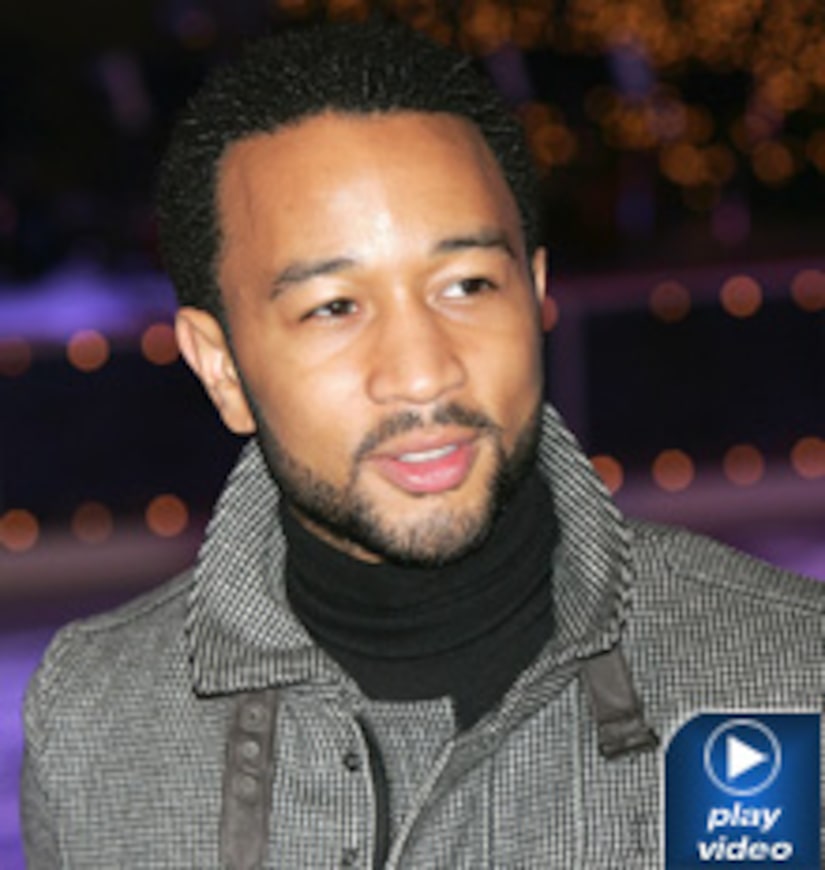 “Extra” caught up with John Legend on his Once Again tour, where everyone was talking about the star's exceptional sophomore CD.

“Everybody seems to be really appreciating the music,” Legend told us. “I think any expectations of the sophomore slump have been squashed.”

But what has many fans raising eyebrows is the neo-soul singer's nearly naked performance in his hot new video, “Save Room.”

“I wasn't naked, but shirtless on camera,” Legend insisted. “I've been working out, so I felt I was able to do that now.”

To get that beefy body, John said he hit the gym this past year.

“I've been boxing, lifting weights and running,” he revealed. “Just trying to get in better shape. I feel sexier, I feel healthier. It's better being in shape.”

As for the music, John revealed he's musically inspired by an unlikely artist: Tony Bennett. In fact, the 80-year-old crooner invited Legend to sing on his recent duets album.

“Tony is very cool, still an exceptional singer,” John said. “And he is someone who could teach me a thing or two about singing.”

Catch a legend in the making on John's Once Again tour and on his hot new album.