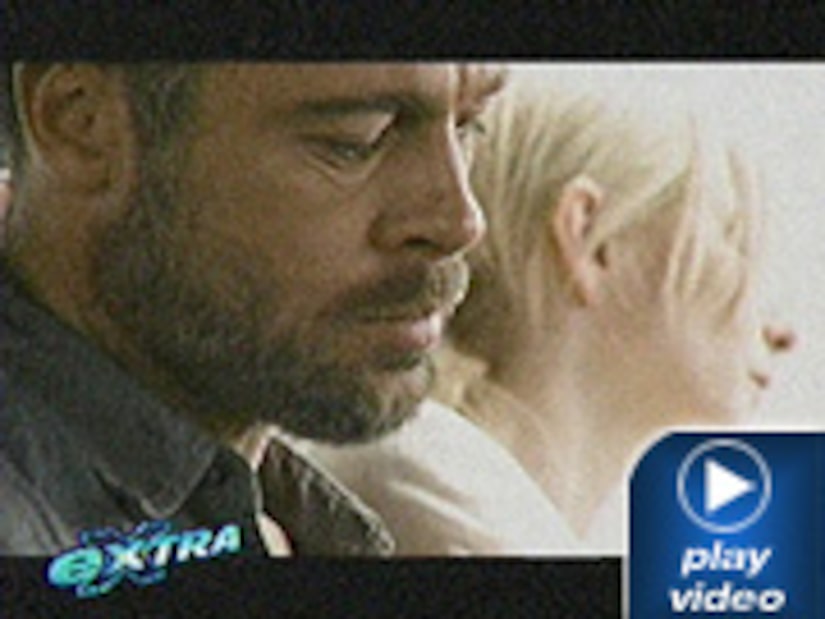 From Leonardo DiCaprio and Brad Pitt to Meryl Streep, the Golden Globes red carpet will be rocking with star power come January.

But as the hottest names in Hollywood get ready to make a lasting impression, get ready for a new golden girl whose newly christened star is still burning bright.

Our A.J. Calloway celebrated with breakout "Dreamgirl" star Jennifer Hudson Thursday morning, moments after her dream year got even better.

"I don't even know what to tell you; I'm just over the top right now," Hudson admitted.

And we found out who Jen called first to share the golden news.

"My momma; 'Momma, did you hear? I'm a Golden Globe nominee,'" Hudson said. "And she's like, 'I'm so excited; now baby, what exactly is a Golden Globe?' I had to hand the phone over to someone else to talk to her. Please tell her what it is."

Hudson's longtime idol and "Dreamgirls" co-star Beyoncé is up for Best Actress and Best Original Song, while Eddie Murphy scored a nod for Best Supporting Actor.

Brad Pitt got a Golden nod for Best Supporting Actor, and his gritty movie, "Babel," swept the nominations with a total of seven, including Best Motion Picture Drama.

The sexy actor told "Extra" Thursday, "I am so pleased to be nominated along with my fellow actors in 'Babel.'"

As for who Penélope will bring along for the big night, the actress revealed, "We are very, very close, my family, so of course they're going to come."

Cruz will go head to head for the honor with "Sherrybaby's" Maggie Gyllenhaal, who celebrated her nomination with See's candy.

"It's really thrilling, I can't tell you," Maggie confessed.

Leonardo DiCaprio was nominated twice, as Best Actor in a Motion Picture Drama for "Blood Diamond" and "The Departed," which marks the first time one actor has snagged two nods in one category.

But Leo will face some serious competition for that Golden statue, as he was nominated alongside Forrest Whittaker for "The Last King of Scotland" and Will Smith in "The Pursuit of Happyness."

Of starring alongside his son, Smith told "Extra," "Having the opportunity to work alongside my son, Jaden, was one of the great joys of my life."

But who will take home the title of Best Actor in a Comedy?

Among those up for the honor are Johnny Depp, Will Ferrell and "Borat" himself, Sacha Baron Cohen.