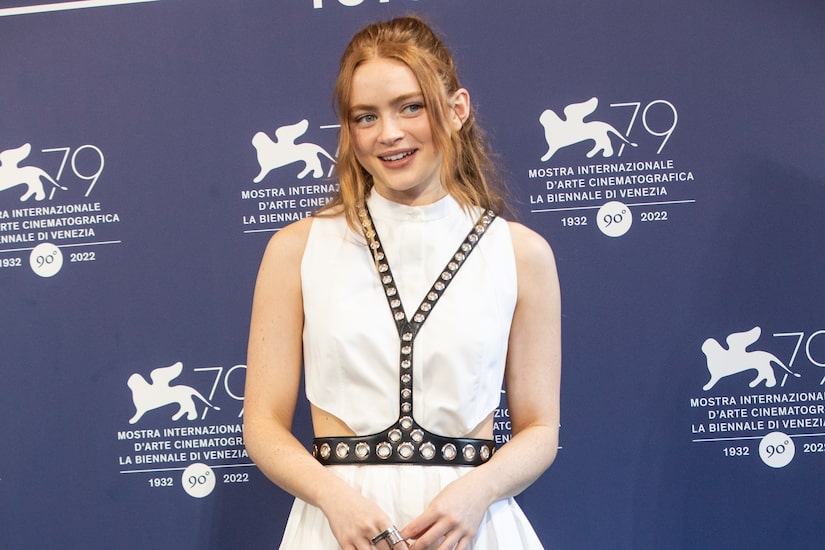 “Extra’s” Katie Krause spoke with Sadie, who teased what to expect from her character Max, as well as all those MCU rumors!

When asked if Max is okay after what Vecna did to her, Sadie said, “I hope so. Poor girl has been through it, like, she really needs a win. I don’t know what her state is, where we’re going with this, but I will be there in whatever way they need me.”

She added, “I’m really looking forward to starting filming again because, I mean, I’m as clueless as the rest of the world right now.”

As for what she hopes for with her character, Sadie said, “I’m interested to see in a perfect world where she is back from her comatose state. I’m really interested to see how she’s grown from this whole experience. I just want her to be healthy.”

“Stranger Things” aside, there have been rumors that Sadie is joining the Marvel Cinematic Universe. Are they true? Sadie answered, “I’m denying these rumors… it’s not true.”

That doesn’t mean she wouldn’t consider playing a superhero if the right opportunity presented itself.

While many want her to play Jean Grey, Sadie admitted, “I don’t know enough about it to know what superheroes are like available at the moment.”

Sadie also reacted to the possibility that Taylor Swift may score an Oscar nomination for “All Too Well: The Short Film,” in which she and Dylan O’Brien play love interests. She commented, “I think she deserves that. She worked so hard and I would to see that happen for her.”

Will Sadie appear in a music video for one of Taylor’s songs from “Midnights”? She answered, “Oh, no, you cannot expect me in a ‘Midnights’ music video.”

Sadie has listened to “Midnights” and is still trying “hard to narrow down” her favorite tracks, but they include “Labyrinth” and “Maroon.”

Another movie that is getting Oscar buzz is “The Whale,” which stars Brendan Fraser and Sadie. She gushed, “He’s just the absolute best… It’s been amazing to kind of go on this ride with him, and I’m really excited for everyone to see it. We’re all so incredibly proud of it.”

Up next, Sadie stars in “Dear Zoe,” a tragic coming-of-age story.

She admitted, “It’s a really tough mindset to get into… It was three years ago. I think I just turned 17 when we started filming it.”

Along with saying the movie is “very different” from her previous projects, Sadie added, “It was a really good learning experience for me.”

As for how she prepped for the movie, Sadie explained, “It was kind of learning every day, but I think I just really have to trust myself and trust the people I was working with.”

Sadie believes that many teenagers will be able to “relate” to the movie with “all of the these raw emotions and feelings.” She went on, “Just kind of perseverance and how we move on and move past tragedy.”