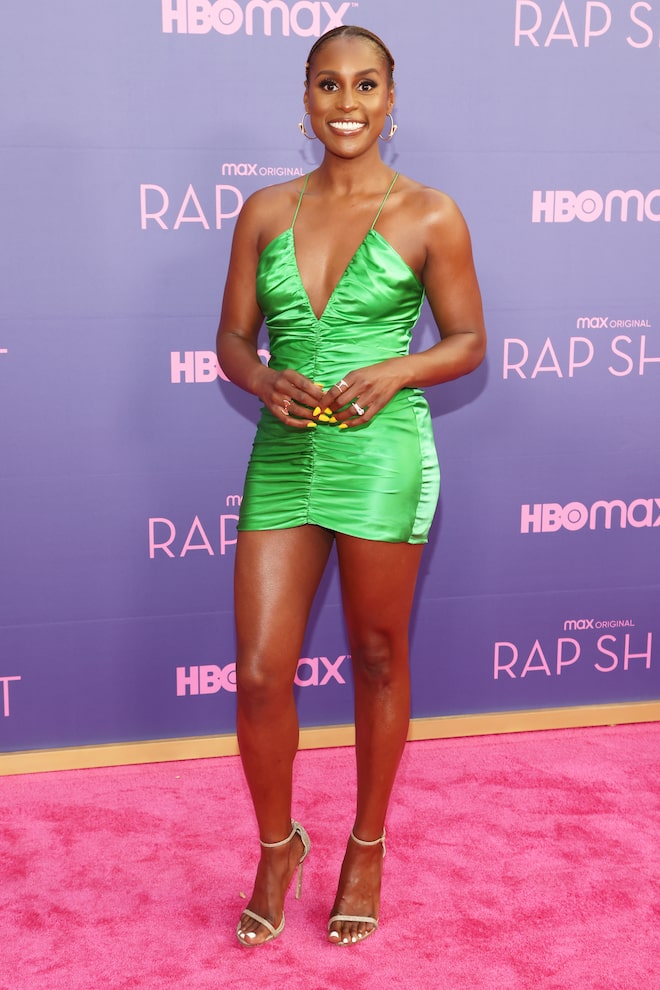 Fresh off her Emmy nomination for the final season of “Insecure,” Issa Rae is opening up to “Extra’s” Rachel Lindsay about her new show and how she’s promoting small businesses with help from American Express.

Issa is the head writer and executive producer of the HBO Max series “Rap Sh!t,” which debuts July 21. The show, loosely based on the real-life story of Miami’s hit-making duo City Girls, will follow estranged high school friends Shawna and Mia as they reunite to form a rap group.

Rae told Lindsay, “What really got me to put pen to paper was a prominent producer's criticism of female rap where he was just like, ‘It's always about these female body parts…’ And I was like, ‘Nobody ever says that about male rappers,’ and so the double standard really intrigued me in telling this come-up story.”

Not only is Issa a successful entertainer, she also owns several businesses, including Hilltop Coffee and Kitchen in South L.A.

What advice does she have for someone starting their own business? “Planning is the most important part,” she said.

Rae has made it her mission to highlight and promote small businesses on “Insecure,” and she’s supporting them in real life with her American Express partnership for the second year in a row.

She explained, “Amex does so much to highlight small businesses. It’s intentional and specifically in our communities.”

Issa will also be participating in the American Express Business Class Live 2022 event in NYC this week.

Rae said, “I’m going to New York to do a small business workshop. It’s really about empowering and highlighting small business owners and just using my experience to help them succeed.”

The conference takes place on Wednesday at NYC’s Javits Center from 8 a.m. to 5 p.m. It is free and designed to inspire and support small businesses. Participants can attend in person or via livestream.