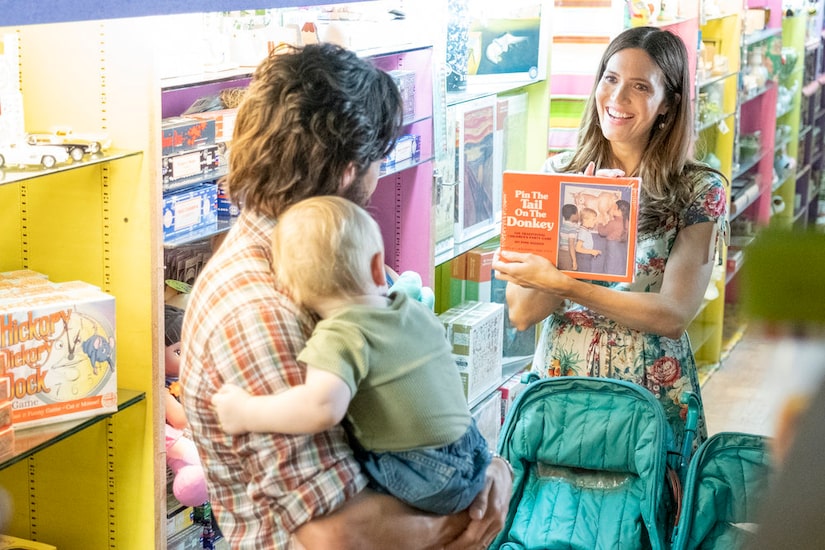 Grab the tissues, because this is the end for “This Is Us”!

“Extra’s” Rachel Lindsay spoke with Mandy Moore ahead of the series finale, which centers on the aftermath of her character Rebecca’s passing.

When Rachel offered Mandy some tissues at a FYC event, which screened the series finale, she commented, “Can I? I’m gonna keep them in my purse for later. I’m not even kidding. I was like, ‘I didn’t bring tissues.’”

Moore admitted that she got physically ill when she read about her character’s passing. She explained, “I hope that wasn’t like a misnomer for people… It is an incredibly emotional episode, but obviously I feel a little more personally attached. I mean, this is a woman I have portrayed for 105 episodes and watching her say goodbye… it was the most exquisitely written script I had ever read.”

She added, “I was so overcome with emotion that I got sick.”

As for how difficult it was to film the episode, Moore answered, “It was difficult in the sense that every time I read it, I was so overcome with emotion that I was like, ‘How am I gonna film this show? How am I gonna actually get through this and not cry and let Mandy’s grief of saying goodbye to the show and my friends… sort of supersede what Rebecca’s going through?’ Because the train is actually quite a joyful celebratory sort of experience of looking back on different chapters of her life and meeting people and I think she’s sort of surprised by what unfolds in front of her… I didn’t want to be so emotional for that but luckily once we got there, we were in the moment.”

When asked if she cries the most, she quipped, “Maybe in that episode… generally speaking, Chrissy probably takes the mantle of the one that cries the most and the easiest.”

Mandy plans to watch the series finale with her castmates.

While Moore hadn’t seen the finale yet, she was satisfied with the way the series ended. She commented, “I obviously filmed it and I read the script but it’s a totally different situation to watch it all put together so I’m excited to be an audience member today.”

She also reacted to Sterling K. Brown’s campaign to get her an Emmy! She said, “I can’t even wrap my head around something like that. Look, the gift of a lifetime is being a part of this show. This show transcends the dream of all dreams that I ever had… I was doing television pilots that were not getting picked up. I was auditioning for things and not getting parts and just like that, that sense of rejection, that is absolutely every much a part of being a creative person and being in this industry so the simple fact that I landed a job that I love and this job went for 106 episodes and we have this forever family… that is the cherry on the sundae. All that other stuff is so outside of your control.”