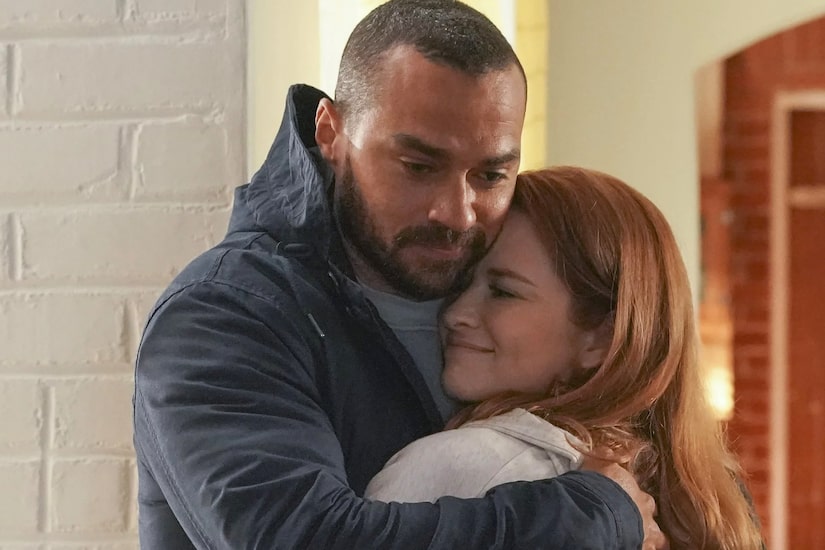 In a new interview with “Extra’s” Katie Krause, Drew discussed Jackson and April’s return to the show.

Along with saying that there will be a “massive cliffhanger” at the end of the season, Sarah added, “I read the episode and I was like, ‘So wait, so how is everybody coming back? How does everybody recover from this?’ That was my big question.”

She emphasized, “I think you’re gonna be left with a giant question mark about what are they gonna do next year.”

Will the fans see Jackson and April’s daughter Harriet? Sarah answered, “I can say you’ll see Harriet because you see me pushing a stroller in the trailer in the little sneak peek.”

Of those Japril spin-off rumors, Sarah commented, “I love all the love for the Japril spin-off. I feel like probably thousands of fans have already created what the show is in their minds, and I love to see the passion. Jesse and I have both been super vocal about how great an idea we think it is, but beyond that, I mean, no one’s called.”

According to Drew, there have been “no official conversations” about a spin-off.

While she seems open to the idea, Sarah noted, “It’s not up to us.”

As for how she felt when she was pitched the idea about the 400th episode, Sarah said, “There’s like a calm about [Jackson and April]… I love getting to be a calming energy and force on the show… I think there’s a sweetness to that.”

When asked if viewers could see a second Japril wedding or baby, Drew quipped, “I could, of course, see that maybe. I don’t know. You don’t know where these stories are gonna go… I know that Japril already has four more children if we’re talking like fan fiction, and there have been multiple weddings, so in terms of what actually gets shot and put out into the world for real, anything is possible.”

Sarah also praised Jesse for his Broadway show “Take Me Out.” “He just commands that stage in such an extraordinary way. He’s so good.”