Erika Jayne is getting candid about the drama on “The Real Housewives of Beverly Hills” Season 12, and she’s also opening up about her dating life.

“Extra’s” Rachel Lindsay caught up with the reality star, who shared, “I’m okay. Life goes on. I am picking up the pieces and moving forward as best as possible.”

Meanwhile, the new “RHOBH” trailer is spilling tea and showing Erika going head-to-head with her co-stars.

Jayne told Lindsay, “I try to have a good time this season. The previous season was so heavy. I may or may not have put my foot in my mouth a couple times. It was all in having fun. I think we have a good cast, you have people that genuinely get along and people you genuinely disagree with.”

One thing is for sure, Erika was not taking anything from anyone. “I was really living it out. I did not care what came out of my mouth. I really did not, I’ve been under so much pressure… I just said whatever I wanted to say at the time.”

Rachel asked, “Everyone is always questioning you… do we see that carry on in this season?” Erika told her, “Yes! You see that continuously.”

Jayne has been vocal about the alleged victims of her soon-to-be ex-husband.

Rachel said, “You've said you really empathize with the victims,” asking, “What do you want them to know?”

“I have been very clear… I want everyone that has been wronged made whole,” she said. “I never wavered from that… People want me to do something that I cannot do for them… I have to fight for myself as well.”

Some of her castmates are more understanding than others.

Erika said, “Lisa Rinna has been the most understanding… She was willing to wait… till the answers are in… I really appreciate that. She is going against the group.”

Rachel pointed out, “We see you and Crystal [Minkoff] go at it.”

“I think what you see in the trailer is me being very frustrated… That's really where it comes from,” Erika said.

She is also having issues with Garcelle Beauvais. Rachel asked where they stand now and Erika replied, “I don’t know. Garcelle unfollowed me… It is really on her.”

When Lindsay asked how this is affecting Jayne mentally, she said, “I have taken my mental health very seriously… I needed to be stable in order to handle things that were coming at me, and I did have a couple drinks with some antidepressants and it hits you really hard.”

As far as her dating life is concerned, Erika said, “What can I say? I’m single… I have a lot of things I need to sort out, but there is nothing wrong with having a good time.”

Revealing what she is looking for, Jayne shared, “I love intelligent men, anyone that is ambitious… someone that is fit, someone that is fun… If I was in it for the money, I would have a bigger house, nicer car, and added to my wardrobe already.”

Smiling, she said, “I need to have a good ol’ guilt-free time.”

New episodes of “RHOBH” air Wednesdays at 8 p.m. on Bravo. 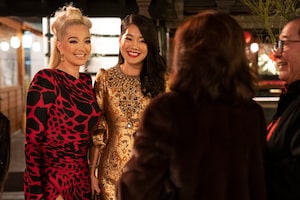 Why Crystal Kung Minkoff Empathizes with Erika Jayne, Plus: Has She Considered Exiting ‘RHOBH’? 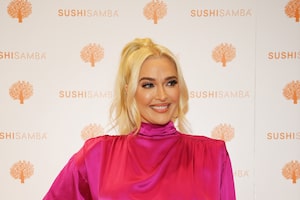 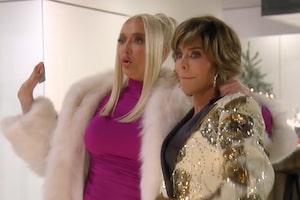 New ‘RHOBH’ Trailer! Erika Jayne Called Out for Drinking While on Antidepressants