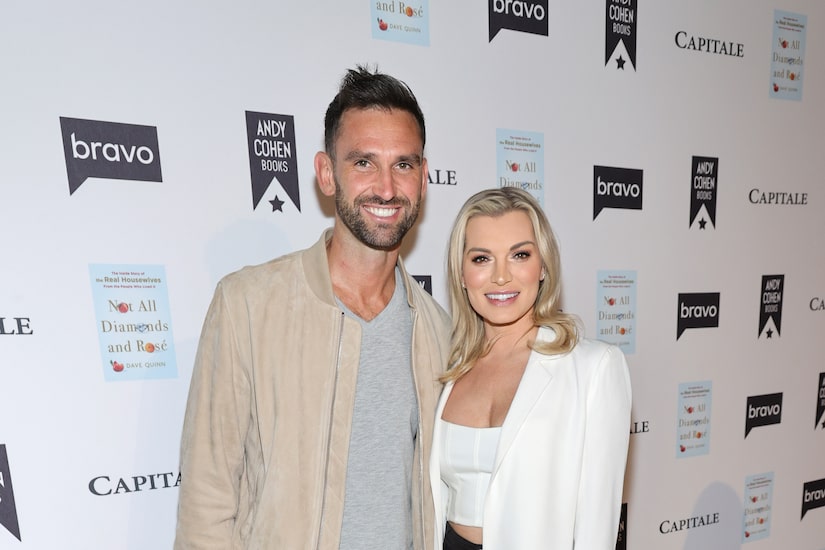 After months of rumors, “Summer House” star Carl Radke has confirmed what we all knew… he’s dating Lindsay Hubbard!

On Tuesday, Carl told Us Weekly, “I’m happy to report we are dating and things are really good. We’re very happy. She’s someone that’s been an incredible support and part of my life [for years].”

“The bond we have over these summers and over our life — the last six, seven years — is unmatched,” Radke added. “Lindsay’s and I’s relationship has grown immensely in the last year because of my sobriety and where I’m at. Things have gotten more romantic. I’m very happy. Where we are right now, we’re just happy.”

Carl’s confirmation came while he was promoting the sixth season of the hit Bravo show, which premieres January 17.

According to Carl, there was a romantic shift in September when they attended Kyle Cooke and Amanda Batula’s wedding. He explained, “There’s just been more feelings. We hang out all the time. I can’t tell you how many friends of ours have said, ‘Oh, what about, you know …’ Like, deep down, always wondering [about] me and Lindsay.”

He admitted, “And I ran from that for some reason. I was scared cause dating your best friend is really freaking scary.”

Now, they are giving love another try, but are they thinking about marriage? He answered, “I guess we’ll have to see. I mean, our lives are the same as they are on camera as they are off. If the camera happens to catch something like that, I’m sure the audience would love that.”

In another interview with Page Six, Hubbard shared, “We don’t really talk in labels, Carl and I… [But] we’re very much together. We’re very happy.”

They did briefly date in the fourth season, before deciding it was best to be friends.

Lindsay noted, “Timing is just an interesting thing. When we tried to date a couple of years ago, we were both in such very different headspaces. I honestly feel like I tried to cover up my feelings, but I don’t think those feelings ever died.”