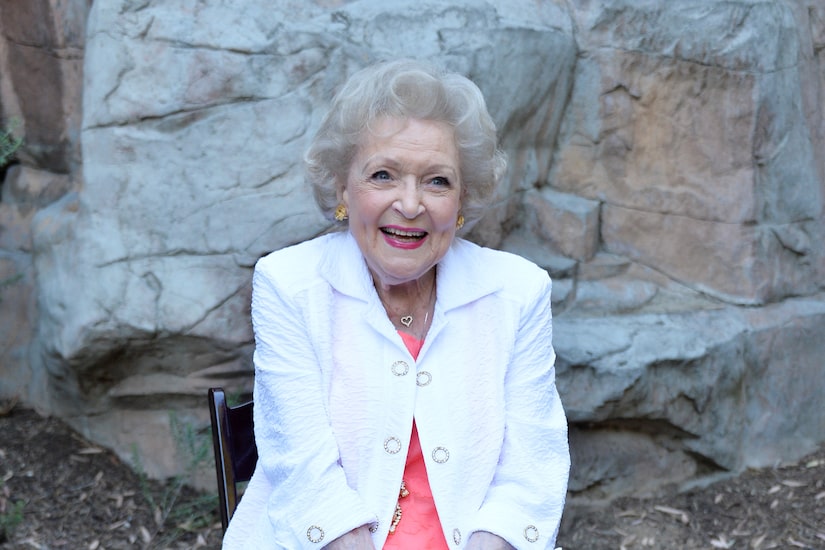 Days after news broke about Betty White’s passing, new details have been released.

White’s agent Jeff Witjas told People magazine that she “died peacefully in her sleep” on Friday.

Witjas also shut down false rumors about White's death that arose when a fake quote attributed to White implied she had just gotten her COVID-19 booster shot prior to passing away. He told the outlet, "People are saying her death was related to getting a booster shot three days earlier but that is not true. She died of natural causes."

According to the Los Angeles Police Department, White’s death “appears to be natural cause of death with no evidence of foul play.”

Us Weekly reports that the LAPD responded to a call to White’s house on Friday morning.

Now, “Extra” is looking back at our last interview with the star in 2017 as she joked about her age and got a little sentimental. Watch.

Meanwhile, after hearing about Betty’s death, many celebrities took to social media to mourn her loss.

White’s “The Proposal” co-star Ryan Reynolds tweeted, “The world looks different now. She was great at defying expectation. She managed to grow very old and somehow, not old enough. We’ll miss you, Betty. Now you know the secret.”

In a statement to People, White’s other “The Proposal” co-star Sandra Bullock said, “I don't drink vodka… but I will tonight, on ice, with a slice of lemon with a hot dog on the other side and just be okay being sad."

“I'll have to buy some rose-colored glasses because Betty was that for all of us,” Bullock added.

Jamie Lee Curtis, who was White’s co-star in “You Again,” wrote on Instagram, “What women WANT is to live a life like Betty White. Full of love and creativity and integrity and humor and dedication and a life of service to animals. To honor her today please make a donation to the @morrisanimalfoundation Morris Animal Foundation or any animal advocacy group! She would LOVE that. Rest easy you beautiful woman. We will carry on for you!”

Betty White broke barriers, defied expectations, served her country, and pushed us all to laugh. Barack and I join so many around the world who will miss the joy she brought to the world. I know our Bo is looking forward to seeing her up in heaven. pic.twitter.com/tVL7NUw2TT

While watching the news last night I learned of Betty White’s passing. Betty will live forever not only in this world but the world here after. I will always love her as we all will!

Oh Dear Lord. Heaven just got a new superstar to celebrate with tonight! An icon, a legend, a trailblazer, a badass, and a ray of sunshine who gifted us creative genius, joy and laughter for 99 years. Thank you for your bold and generous spirit. Rest In Peace #BettyWhite ❤️❤️❤️ pic.twitter.com/ng2gHB8K5K

What an exceptional life.

I’m grateful for every second I got to spend with Betty White.

Sending love to her family, friends and all of us.

I Watched Her on her first TV Show “Life With Elizabeth”When I Was 7 Yrs Old.When She Did S&C I Got a Chance To Tell Her. I Was Embarrassed cause tears came to my eyes.She put her arms around me, & I Felt 7 again.
Some Ppl Are Called ICONS🙄,
BETTY IS A TRUE ICON.

Also, say hi to Freckles for me.

White was just a couple of weeks shy of her 100th birthday.