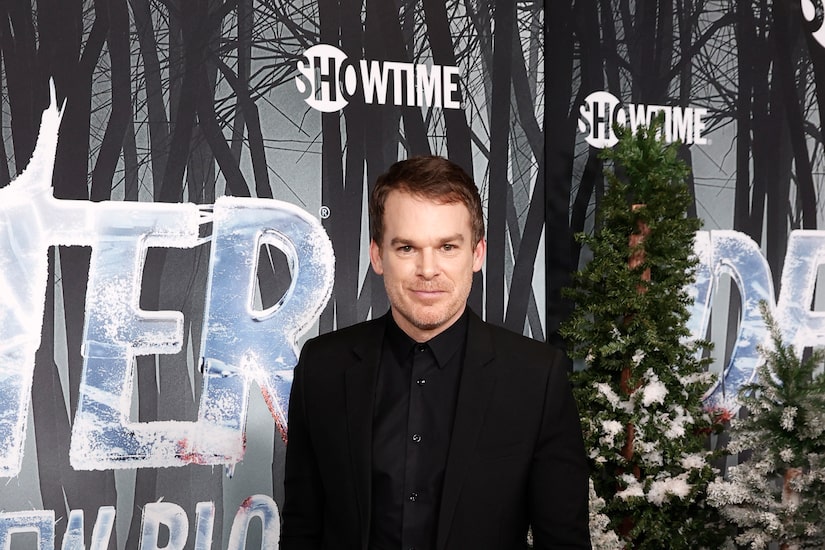 “Extra’s” Cheslie Kryst caught up with Michael C. Hall at the premiere of “Dexter: New Blood.”

Michael opened up about where we find Dexter Morgan eight years after the original series ended. He said, “The ending was dissatisfying for some people, so it was a chance to give the fans a more satisfying, savory taste in their mouths.”

As for his take on the original series’ finale, he said, “It ended in a dark place, in a very inconclusive place. I stand by what happened, but how it went down was tough for people and didn’t give people any sense of closure.”

When asked if this new series is the real end, he quipped, “Well, to answer that definitely would be a spoiler.”

Will Dexter start killing again in the new series? He answered, “We’ve been away for eight years, and I think the fact that the cameras are turning back on suggests maybe his abstinence is [ending].”

When the show wrapped up in 2013, Michael “knew it was a possibility” there would be a reboot eventually. He admitted, “I didn’t know for sure that we would discover a story that we felt was worth telling.”

In the new series, Dexter is living in upstate New York under a different name, Jim, but reconnects with his son Harrison, played by Jack Alcott. Of their “complicated” relationship, Hall dished, “His son finds him and that relationship starts again.”

As for the kind of character that Dexter will be under his new identity, Michael explained, “He’s folded himself into this new environment and become one of these people… He’ll still be recognizable to audiences. They’ll be in on a secret that no one else is, which is part of the fun of the show.”