Nikki Grahame, who had competed on Season 7 of "Big Brother U.K.," died Friday at 38.

Her death was announced by the show's official Twitter account, which stated, "Nikki Grahame was a much loved housemate and a huge part of the Big Brother family. We are shocked and saddened by this awful news and our thoughts are with her family."

According to Us Weekly, a GoFundMe page had been established to raise money for Grahame to receive treatment for anorexia, which the page reiterated she had been "battling for most of her life." 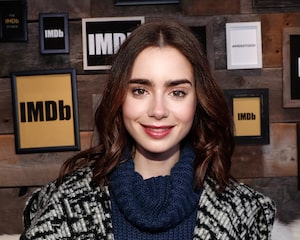 The charity page filled in details for the reality star's friends and fans, noting, "It breaks our hearts to know that someone who is so precious was taken from us at such a young age. Nikki not only touched the lives of millions of people, but also her friends and family who will miss her immensely. We would like to request privacy at this difficult time, while Nikki's friends and family process the sad news. Full details will be released as and when we know them."

The statement went on to say, "All donations have been greatly appreciated and it was heartwarming for everyone including Nikki to see how much she was loved. Funds will be held safely in this GoFundMe until we have established an organisation supporting those suffering from anorexia to which we will make a donation in Nikki's memory. We will post updates for you with more details as soon as we have them."

Grahame came in fifth on her season of "Big Brother U.K." in 2006, starred on the reality series "Princess Nikki" that same year, and placed second on "Ultimate Big Brother" four years later.