Tragically, superstar Nicki Minaj has lost her father on Valentine's Day weekend in a hit-and-run accident.

TMZ first reported that Robert Maraj died Saturday after being struck Friday and spending the night in a hospital in critical condition. 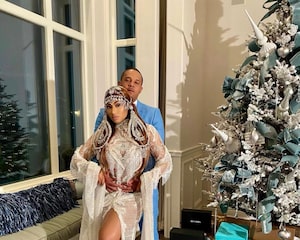 "Extra" has learned from the Nassau Police that Maraj, 64, was walking "in the roadway on Roslyn Road" on Long Island in New York when he was "struck by a northbound, undescribed vehicle that left the scene of the accident."

Due to the lack of information regarding the driver, police urge anyone with info to call Crime Stoppers at 1-800-244-TIPS.

Minaj's rep confirmed Maraj's death, but Nicki has not yet had a public reaction.