"The Challenge" stars Tori Deal and Jordan Wiseley are calling off their engagment — with no hard feelings. In long breakup posts on their Instagram accounts, the former couple told fans things just were not moving in the right direction.

Deal wrote alongside a sweet photo of the two embracing, "I thought I knew love when Jordan and I were together, but there is a different kind of love that two people feel when they decide it’s time to experience life apart." 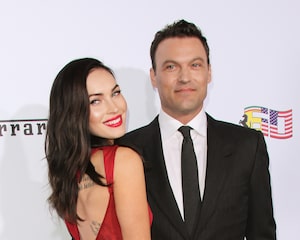 She emphasized that it is not a bitter breakup, going on, "Even though Jordan and I are going to be moving forward in separate ways, our love, support, and connection with one another only grows stronger and deeper."

Putting a positive spin on the Thanksgiving weekend announcement, she wrote, "Even though Jordan and I are going to be moving forward in separate ways, our love, support, and connection with one another only grows stronger and deeper."

She also made clear there was no "one big thing" that caused it.

Posting similarly lovey-dovey photos, Wiseley wrote, "It’s been one of the toughest stretches of my life to silently struggle with our happiness and love. What this time has taught me is that I love Tori from the depths of my soul. She will always be one of my best friends in this world and no one will ever truly be able to understand the depths of our understanding for one another, like we do."

He even called their time together "the best and most beautiful time of my life," and denied they are splitting due to any "bs scandal."

Their breakup is happening just a couple of weeks before the December 9 premiere of Season 36 of "The Challenge" on MTV. They had gotten engaged during — and on — "The Challenge: War of the Worlds 2" in 2019. 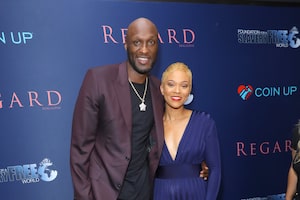 Back On! Lamar Odom & Sabrina Parr Celebrate Anniversary After Calling Off Engagement 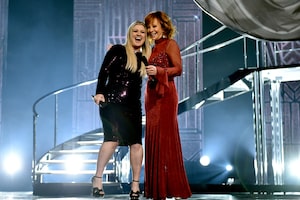