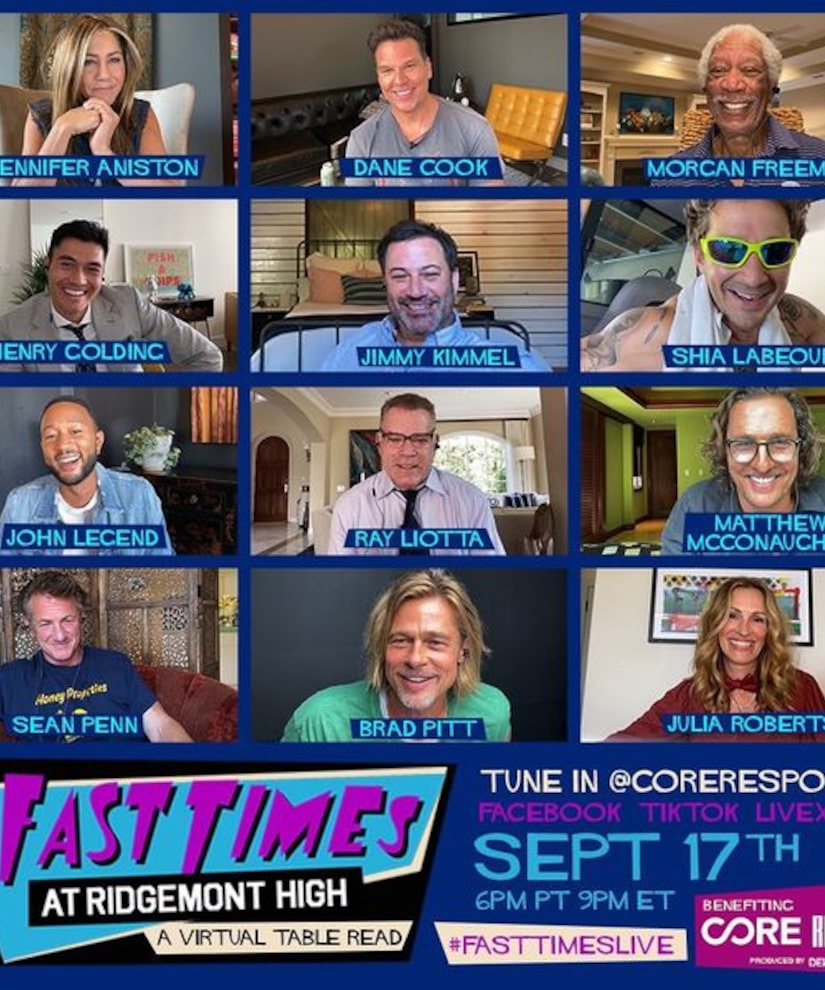 It was the moment we had all been waiting for — Jennifer Aniston and Brad Pitt reunited, on-screen, for the “Fast Times at Ridgemont High” virtual table read — and it was steamy!

Only “Extra's” Billy Bush was with the man who orchestrated it all for "Feelin' A-Live Stream," Dane Cook, right after it aired. Dane called it “magical.”

Jen played Linda, Brad played, well... Brad, and the star-studded event was the first time the two have been on-screen together since their 2005 divorce. 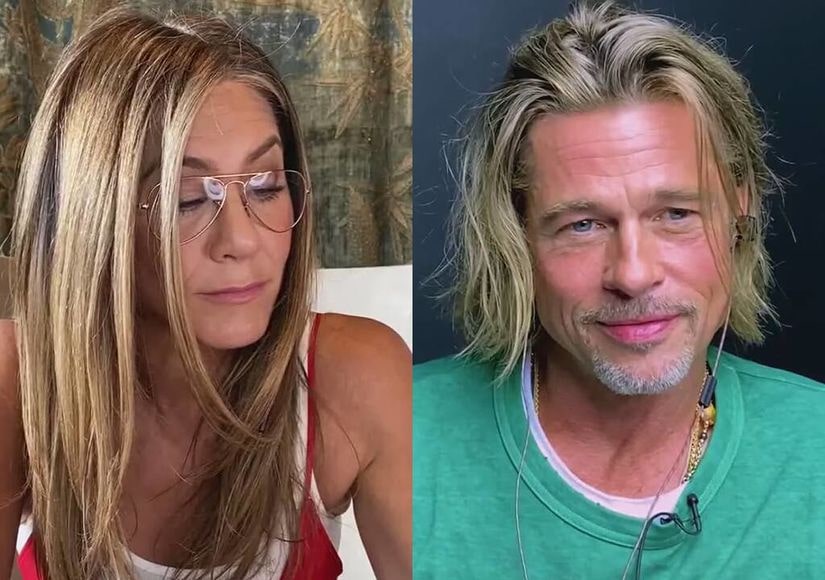 Billy added, “With an actress he used to be married to, which is fantastic — both of them get an A-plus for doing it and having a ball with it. That is spectacular!”

Sean Penn, the original Jeff Spicoli, played the pizza guy, and got to watch Shia LaBeouf play his old part!

Shia was smoking and performing in his car, and Dane revealed, “He was baking in his car because he wanted to do it in his garage in that truck to channel Spicoli, and it was 106 degrees out that day… Shia's phone overheated at one point and he was like, 'I gotta reboot!' so the fact that he went for it and brought that kind of energy and to do that in front of Sean Penn, who played the original role... you can't do that, man. Shia for the win.”

It was all for a good cause, too! The fundraiser will benefit Penn's nonprofit CORE, as well as REFORM Alliance. The event was presented by Snack Pop, and the brand is matching $25,000 in donations to Core Response now through the end of September. Learn how you can donate here.

What's next for Dane? “I'd love to do more episodes," he said. "We're going to try and make 'Feelin' A-Live'part two real soon with more people and more hats, I hope.”