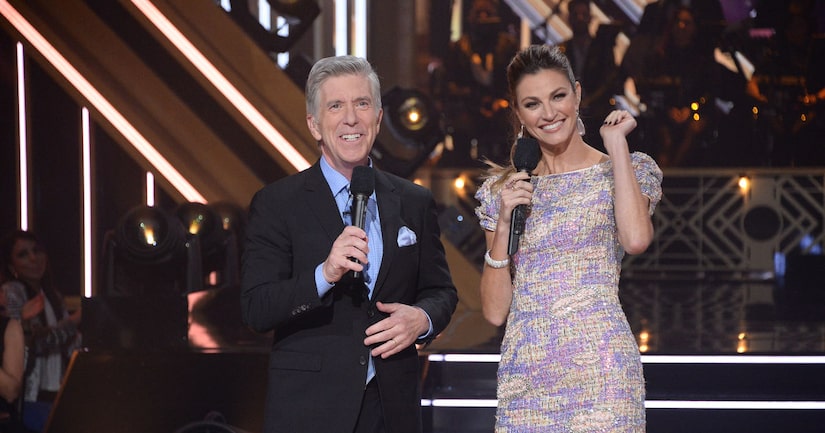 Tom Bergeron and Erin Andrews are out as hosts of “Dancing with the Stars.”

On Monday night, Bergeron broke the news on social media. He tweeted, “Just informed @DancingABC will be continuing without me. It's been an incredible 15 year run and the most unexpected gift of my career. I'm grateful for that and for the lifelong friendships made. That said, now what am I supposed to do with all of these glitter masks?”

In a statement, ABC commented on its decision to part ways with Tom: “Tom Bergeron will forever be part of the 'Dancing with the Stars' family. As we embark on a new creative direction, he departs the show with our sincerest thanks and gratitude for his trademark wit and charm that helped make this show a success.”

The network also confirmed that Erin also departing: “Erin will also not be returning, and we appreciate all that she brought to the ballroom. Fans have been rooting for her since she originally competed as a contestant back in 2010, and her signature sense of humor has become a hallmark of the show.”

Andrews expressed her thanks to the show, tweeting, "Thank you ABC and the entire Dancing with the Stars family for six memorable seasons. Those years wouldn't have been as special without my loving host Tom Bergeron, the talented dancers and witty judges. I will always cherish my days on that set, even if I wasn't the best at walking in heels."

Bergeron has been hosting the hit show since its premiere in 2005. Over the years, he has been joined by various co-hosts, including Lisa Canning, Samantha Harris, Brooke Burke-Charvet and Andrews.

While “Dancing with the Stars” has been renewed for a 29th season, it is unclear when the season will go into production, due to the COVID-19 pandemic.

Afer hearing the surprising news, many celebrities took to Twitter to show their support for Tom. “Queer Eye” star Karamo tweeted, “Tom, you are one of the kindest & most supportive people I've met in this industry! I enjoyed every interaction we ever had! You will always be 1 of my host hero's (I mean ur book gave advice in the beginning) thank you & enjoy this next chapter. It will be great. @Tom_Bergeron.”

Bindi Irwin tweeted, “Spending time with you @Tom_Bergeron was one of my favourite parts of the Dancing With The Stars experience. Thank you so much.”

You will be missed Tom❤️

@Tom_Bergeron is the best in the business. And I'm sure he'll look fierce in a glitter mask.