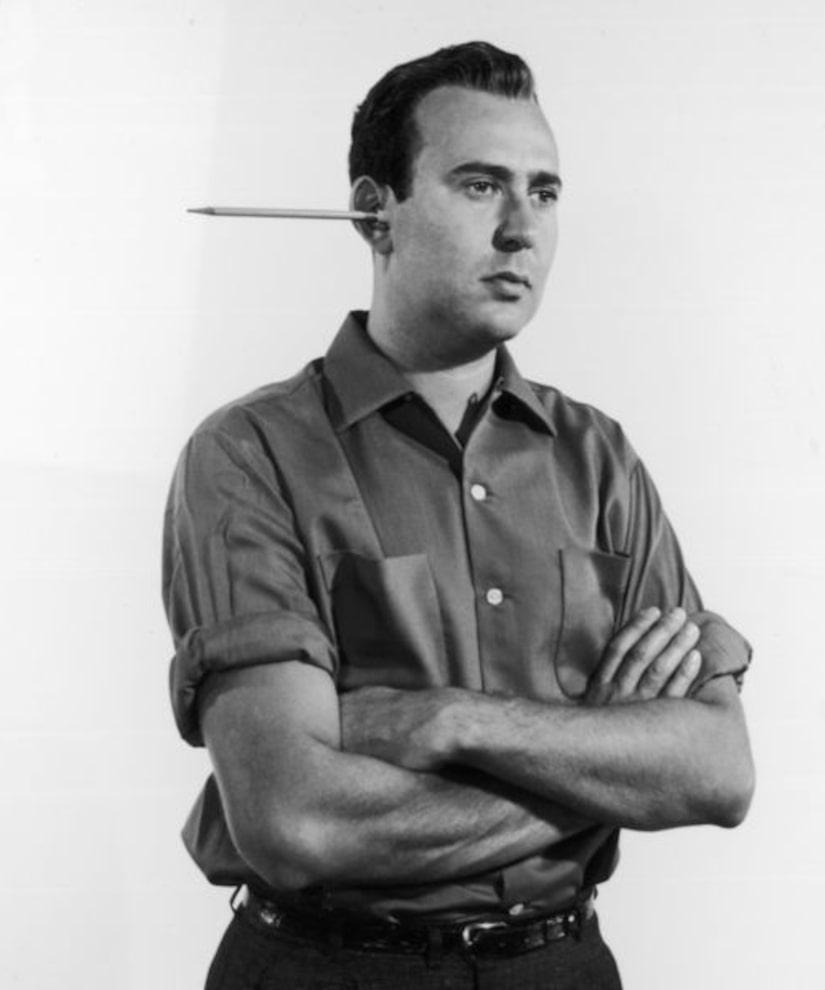 Carl Reiner, who had been one of the most important living links to early television — and one of Hollywood's most prolific talents — died Monday at 98.

Last night my dad passed away. As I write this my heart is hurting. He was my guiding light.

TMZ reports that Reiner died of natural causes at his Beverly Hills home, and that his family was with him at the time of his death.

Iconic as Alan Brady, the fictional star of the fictional show within the classic sitcom "The Dick Van Dyke Show," Reiner was one of comedy's most multifaceted figures, distinguishing himself as a performer, writer, director, and producer. At the end of his life, he continued to act and was a strong and outspoken presence on social media. On Twitter the day he died, he posted his displeasure with Donald Trump, his regrets about Hillary Clinton, and three tweets praising the late Noel Coward, including recalling Coward begging the parent of "a marginally talented child, 'Please, Mrs. Worthington, don't put your daughter on the stage.'"

Less than 48 hours before he died, Reiner tweeted, "Nothing pleases me more than knowing that I have lived the best life possible by having met & marrying the gifted Estelle (Stella) Lebost---who partnered with me in bringing Rob, Annie & Lucas Reiner into to this needy & evolving world."

On the occasion of his close friend Mel Brooks's 94th birthday the day before Reiner died, he posed — along with his daughter Annie Reiner and Brooks — wearing matching Black Lives Matter T-shirts for an image posted on social media.

Born in the Bronx, New York, on March 20, 1922, Reiner was directed into show biz by his older brother Charlie, who called his attention to a WPA program offering free drama instruction. During his service in WWII, Reiner became more attracted to performing, eventually joining the Special Services as an entertainer. His experience attempting to get a rise out of soldiers scarred by battle made him adept at getting a laugh when the laughs were not near the surface.

After the War, he made his Broadway debut in the revue "Inside U.S.A." (1948) and got his start in TV when he was cast in Sid Caesar's "Your Show of Shows" (1950-1954) in 1950. Reiner proved his ability to sell a skit as well as to collaborate with fellow titanic talents Mel Brooks and Neil Simon, and worked with more future icons on "Caesar's Hour" (1954-1957), including Larry Gelbart and Woody Allen.

His understanding of the medium that he absorbed working on Caesar's shows (an experience he referred to as his "college") resulted in 11 career Emmy wins and one honorary Emmy. Reiner's last Emmy nomination was in 2018, making him the oldest nominee in history.

In the '60s, Reiner and his writing partner Brooks performed as a duo on "The Steve Allen Show" and elsewhere, most famously as the creators of the "2000 Year Old Man" sketch that became a series of albums (one of which won a Grammy) and an animated TV special. 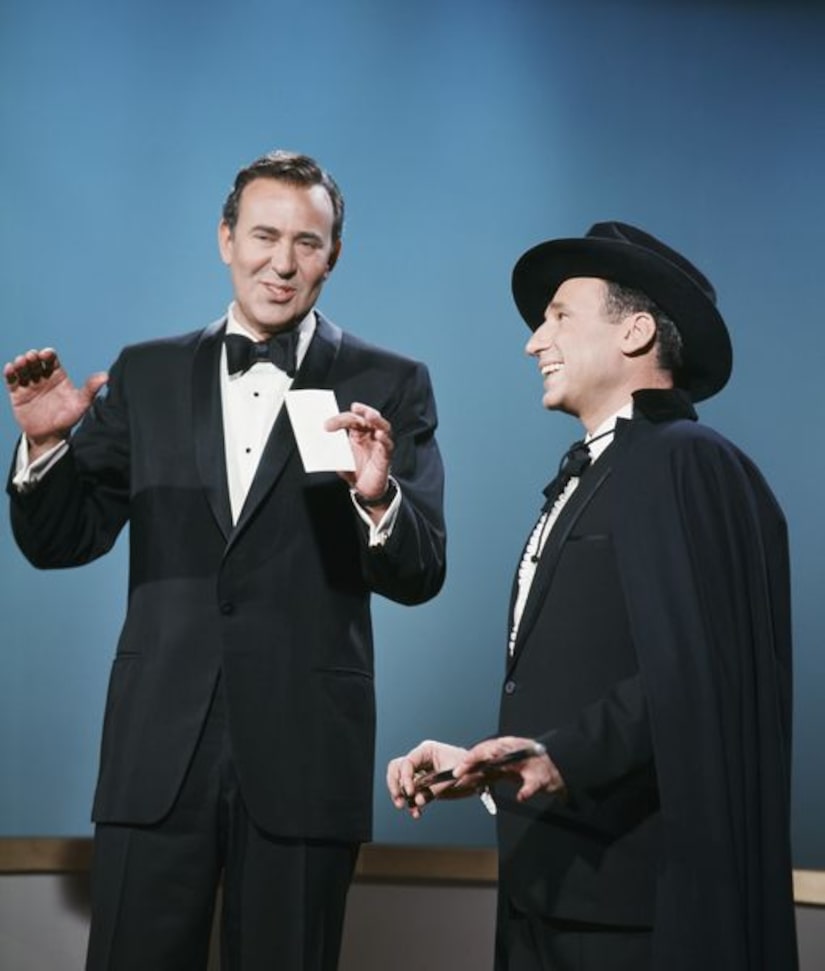 Getty Images
The sketches showed off Reiner's (L, with Brooks) abilities as a comedic straight man, and as a master at improv.

Perhaps Reiner's most famous contribution to TV history was "The Dick Van Dyke Show" (1961-1966), which he had created in 1959 as a vehicle for himself, but which was picked up with Van Dyke as the star. On the show, Reiner played a tempestuous TV performer in what is considered one of the greatest sitcoms of all time.

My idol, Carl Reiner, wrote about the human comedy. He had a deeper understanding of the human condition, than I think even he was aware of. Kind, gentle, compassionate, empathetic and wise. His scripts were never just funny, they always had something to say about us.

A visit from Reiner was an anointing that a show knew how to bring the funny.

No slouch, he also wrote several books, including the memoir "Carl Reiner, Now That You're 94" four years ago, an illustrated memoir about what it's like to be very, very old — not 2,000 years old, but close.

Reiner was wed to his wife Estelle — who uttered the immortal line "I'll have what she's having" in their son Rob Reiner's movie "When Harry Met Sally" (1989) — from 1943 until her death in 2008. He is survived by their children Rob, a famous performer and director in his own right; Annie, an author and performer who Reiner dubbed "the World's Greatest Singing Psychoanalyst"; and Lucas, an artist. He is also survived by five grandchildren.

Celebrities have been expressing their admiration for Reiner on social media at the news of his passing.

Joy Behar, who helped pay tribute to Reiner when he received the Mark Twain Prize for Humor in 2000, tweeted, "We have lost the great Carl Reiner. My condolences to his family. He is irreplaceable."

Director Ron Howard offered, "RIP #Carl Reiner - A brilliant comedy talent w/heart & intellect whether writing, directing, producing or performing. Try estimating how many times in your life this fella's work made you laugh. I count well over 3k for me & growing. Thank you, Carl."

Bernadette Peters praised Reiner for his pinned tweet about displaced migrant children, writing, "Dearest Carl this was your last tweet always always caring til the end. We shall miss you very much."

Mia Farrow tweeted, "We lost a person who gave us great times-countless laughs. He was brilliant. And kind. I met him only once but will never forget his gentle thoughtfulness. He was with us through good times and hard times. Thank you Carl Reiner. His memory will be a blessing. ."

Josh Gad wrote, "As if 2020 weren't cruel enough. Goodbye to one of the greatest comedic minds of all time. Thank you for always making us laugh and for always giving us joy. My deepest condolences go out to the entire Reiner family. RIP #CarlReiner."

Fellow comic Sarah Silverman tweeted, "So sad to hear about @carlreiner Not only did he make my favorite TV& movies (see:Where's Poppa) but his humanity was beyond compare. His heart was so full of love. Never left his house empty handed- book, space pen, Swiss Army knife. RIP to a man that embodies the word mensch."

Jane Lynch expressed a sentiment many shared, tweeting, "I really thought this would never happen. #ripCarlReiner."

My friend Carl Reiner died last night. His talent will live on for a long time, but the loss of his kindness and decency leaves a hole in our hearts. We love you, Carl. pic.twitter.com/QWyNOYILhW

Carl Reiner was comedy genius. Often that genius made other funny people even funnier. But give him a stage and he could spin laughter out of any moment. I watched him do it time and again. His contributions to comedy are eternal. And a lovely man, as well. #ripCarlReiner

Condolences to the family of Carl Reiner. From the writers room of Sid Caesar to recreating those times for the Dick Van Dyke show, Carl was a master at his craft. I knew him only peripherally but it was a pleasure to have known him.😞

Very sad to awake to the news that @carlreiner has passed. There will forever only be one of him. May his memory be forever blessed. He leaves us with so much laughter. My heart goes out to @robreiner and the entire Reiner family.

Thanks for the near century of your life and gifts, Carl Reiner. Your heart, your humor, your spirit will live on in all of us. The stars are twinkling just a bit more merrily today with you there to entertain the heavens.

The great #CarlReiner has gone to that Show of Shows in the sky. I worked with him, loved him, and consider myself one of the luckiest people in the world to have once attended lunch with his hilarious, guarrulous gang...

The brilliant and hilarious Carl Reiner hosted the Director's Guild awards for decades before his health forced him to take the night off.

They asked me to sub in for him. Here's the letter he sent me:#RIPCarlReiner https://t.co/dkvtzXtKfA pic.twitter.com/eUy2E9b0B0

I'm so sorry to hear that Carl Reiner has passed on. He was a great entertainer and a fine man.

I am deeply saddened to hear of the passing of show business legend Carl Reiner. An innovator, entertainer and beloved icon, his nearly century of life was like a roadmap through American culture. His wit and courage never left him. My heartfelt condolences to his family. 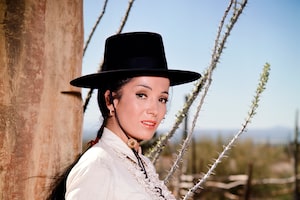 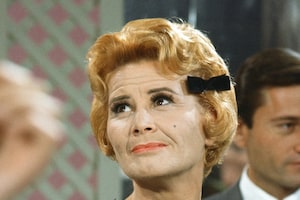 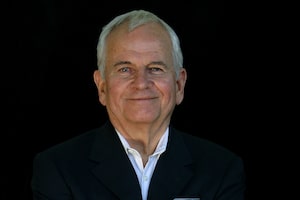 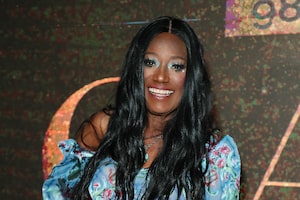 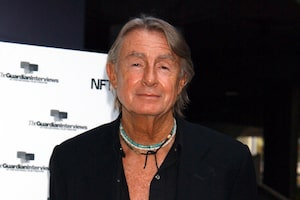 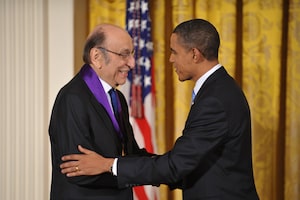