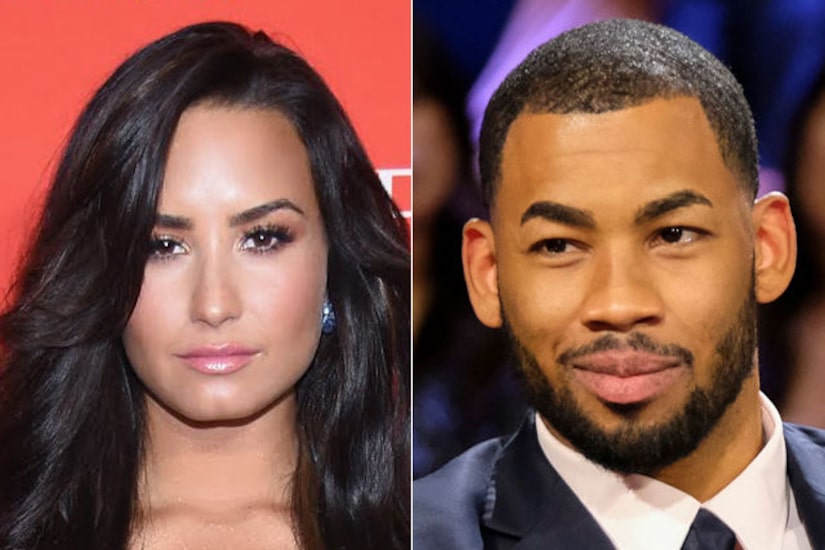 Months after singer Demi Lovato, 27, showed some interest in “The Bachelorette” contestant Mike Johnson, 31, on social media, they finally connected in real life!

A source told People magazine that the two are “having fun and getting to know each other.”

“They've been talking privately for a bit and hanging out,” the insider added.

Earlier this month, Mike and Demi flirted up a storm on Instagram. Mike commented on her unedited bikini pic, writing, “Look at me like that again. Love yaself.”

Mike recently mentioned doing a double date with Tyler Cameron, who has been linked to Gigi Hadid. He wrote on Tyler's Instagram, “So if we do this dbl date, your shirt stays on. No negotiation.”

Along with other Instagram users tagging Demi Lovato in their responses to Mike's comment, one said, “I think he's talking about a double date with him and Demi Lovato.

“Extra's” Billy Bush recently sat down with Mike and asked about Demi. Watch!

Back in August, Johnson sat down with “Extra,” revealing that he and Demi “have not been able to speak.” Looks like things have changed!

During Hannah Brown's season of “The Bachelorette,” Demi said on her Instagram Story, “Mike I accept your rose.”

Aside from being in the running as the next Bachelor, Mike recently appeared on “Bachelor in Paradise,” going on a date with Caelynn Miller-Keyes.