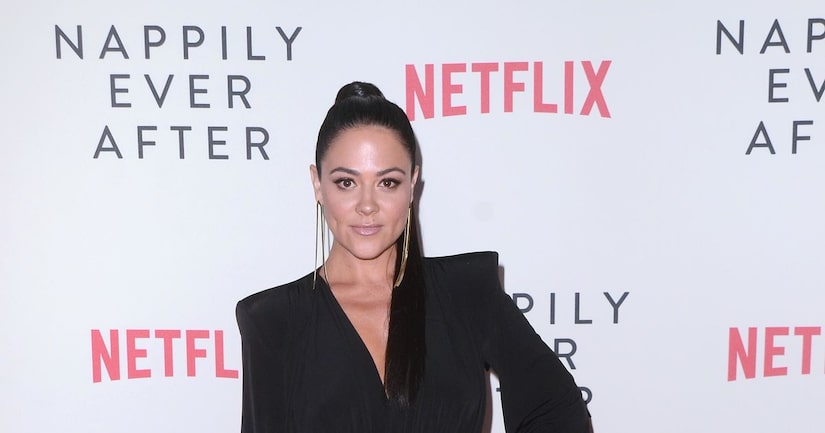 “Prison Break” actress Camille Guaty has a bun in the oven!

After years of fertility struggles, Camille is expecting a baby boy with husband Sy Rhys Kaye. She told People magazine, “The day the nurse called to tell me I was pregnant, I burst out crying! I made her say it to me four or five times. I feel so grateful now and can't wait to meet our son.”

Camille and Sy had been trying to conceive naturally since she was 37.

After six failed rounds of in vitro fertilization, Camille got pregnant with the help of an egg donor. She said, “Women come up to me and say, 'If you're 43 and pregnant, I have plenty of time!' I just want to say, 'It didn't happen the way you think it did.'”

“I honestly had a difficult time wrapping my mind around this choice,” Camille admitted. “Just a couple of years ago, the idea of another woman's egg in my body was unfathomable.”

When Camille found her first donor, she was guest-starring as a pregnant woman on “The Good Doctor.”

Things didn't go as planned with their first egg donor. She revealed, “I saw this look on my doctor's face. He told me our donor had messed up her final shot and ovulated all 17 eggs, so they weren't retrievable.”

Camille heard the news just before she was about to film a post-birth scene. She shared, “When they handed me the baby for my birth scene moments later, I lost it. Five years of emotion and heartache just came out, and I was crying uncontrollably.”

Camille and Sy were able to find a second donor, who gave them two eggs, with only one embryo maturing. She said, “When we both let go of our expectations of what parenthood was supposed to be, our pregnancy happened with that one golden egg. I had such faith that I was going to be a mother. I didn't know how it was going to turn out but, I realized being a mother means nurturing a child in an environment that will help them grow and flourish. That's a family.”

Guaty stressed, “What a gift [our egg donor] gave us. Let's celebrate that there was a person so selfless and able to give us this opportunity. It's something we don't talk about. I want to inspire women to start speaking out about their fertility challenges. I want people to know that this is my journey. [Being open] erases the shame and stigma and has made me feel more confident.”

She also has plans to adopt a child in the future. She commented, “Through everything, Sy and I became a stronger couple, and we know our second child is going to come from the foster system. We're going to have a really cool family.”

Camille and Sy have been married since 2011.