Hollywood A-listers took to Instagram and Twitter to give us a preview of their pre-Golden Globes rituals!

Kristen Bell enjoyed a meal before the Globes, joking, "I can't remember exactly, but I'm pretty sure the rule is to eat as much as humanely possible before squeezing into a formal dress. Right? #goldenglobes"

Lady Gaga noshed on cereal, a burger and fries ahead of the big night. 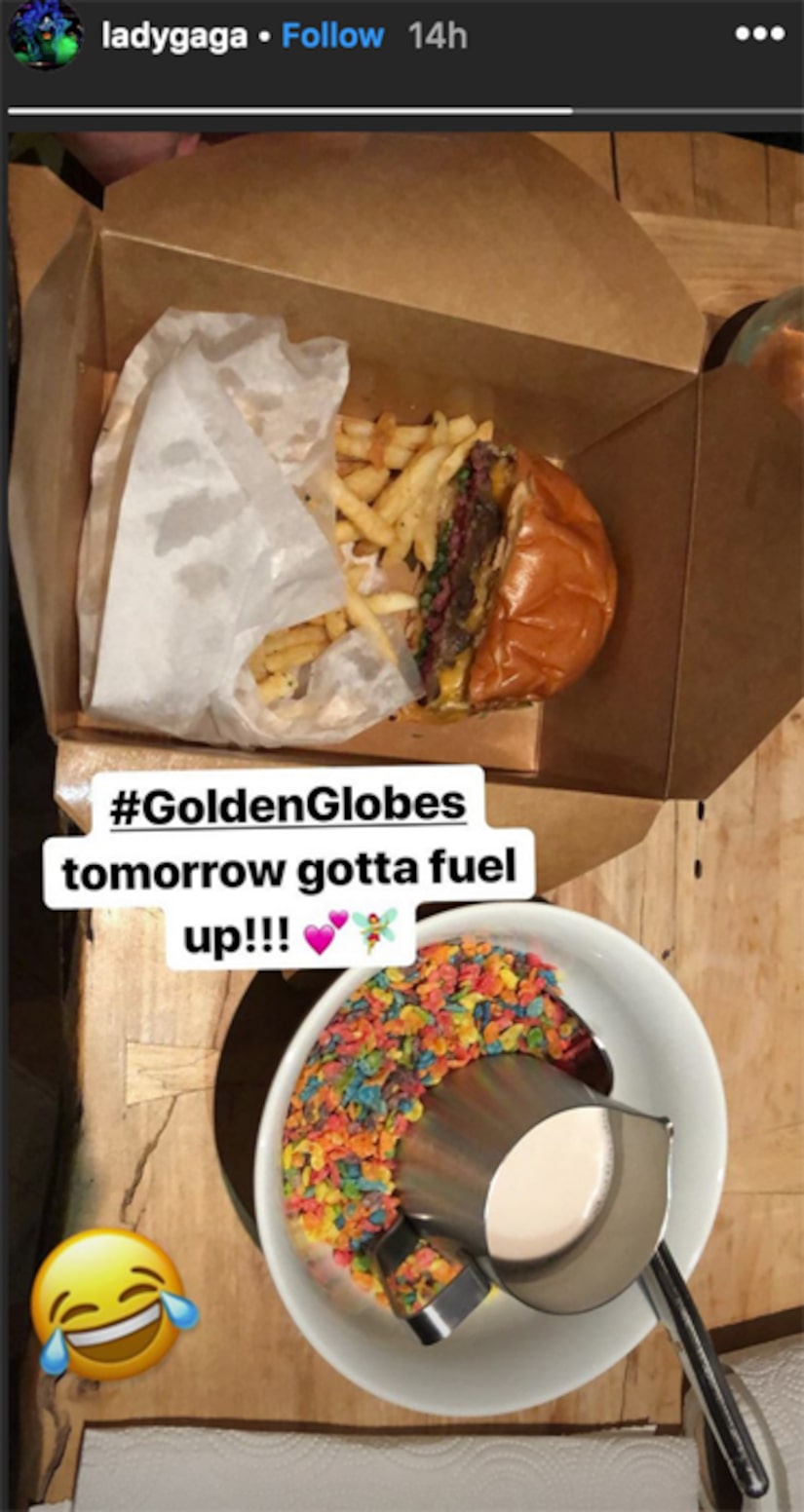 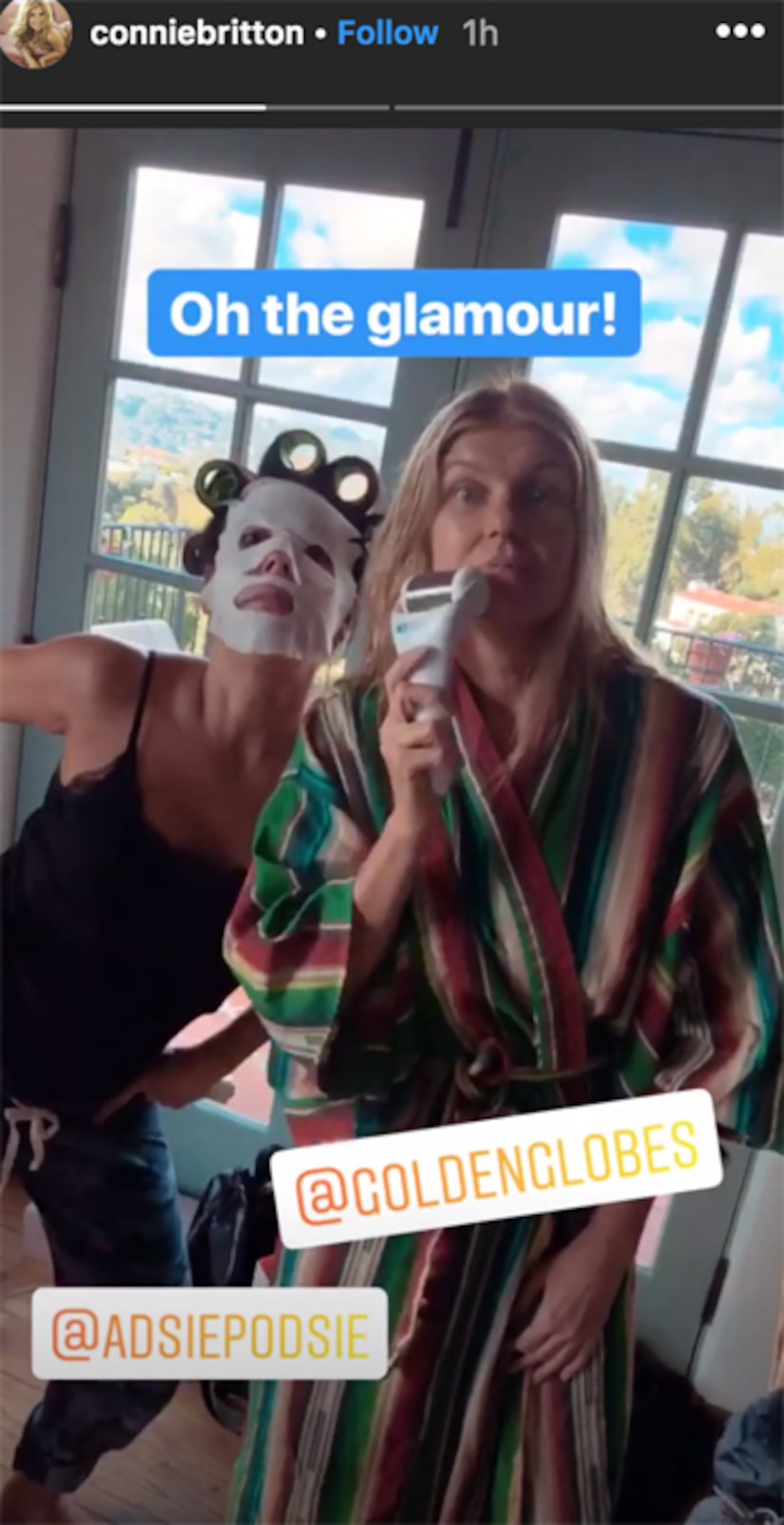 Connie even sent some caviar to friend Charlize Theron, who showed off the delicacy... along with the heels she planned to wear to the award show.

Kristin Cavallari left little to the imagination in this gold gown. 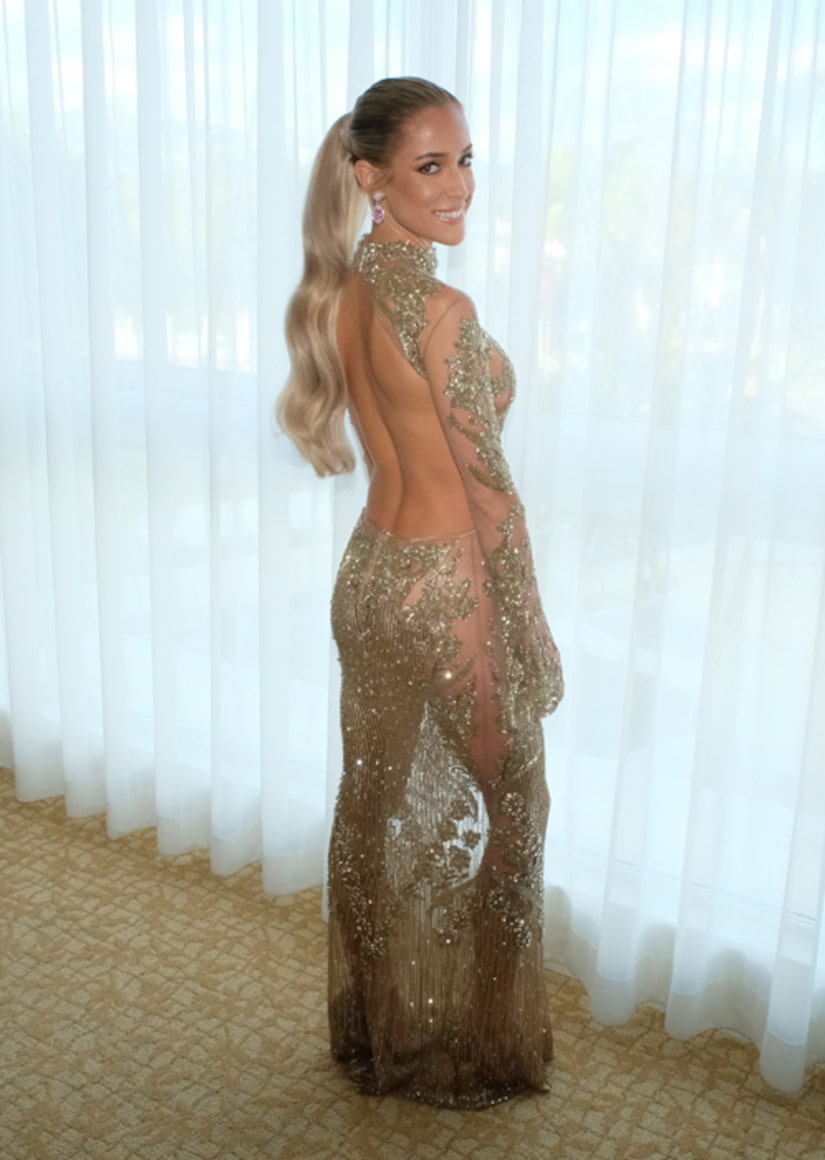 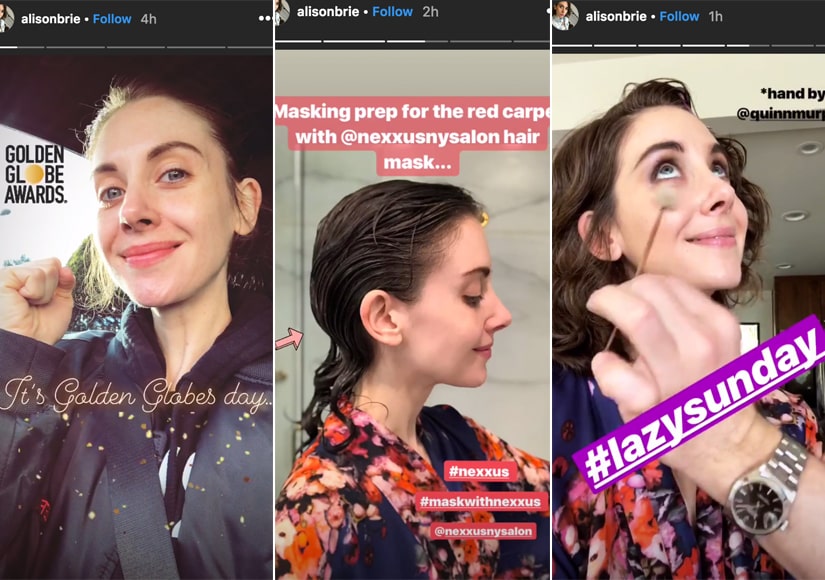 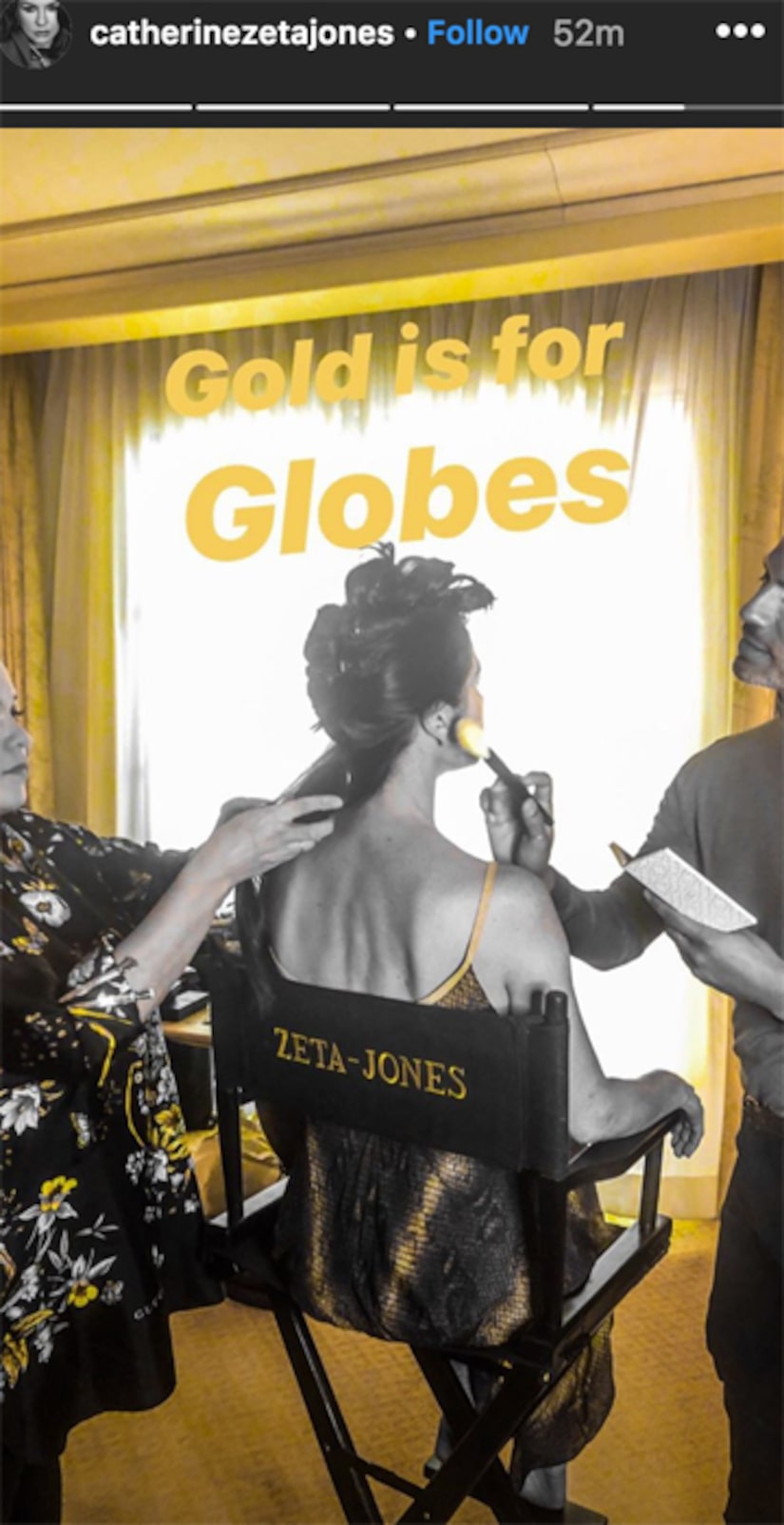 Heidi Klum gave fans an inside look at her red carpet transformation. 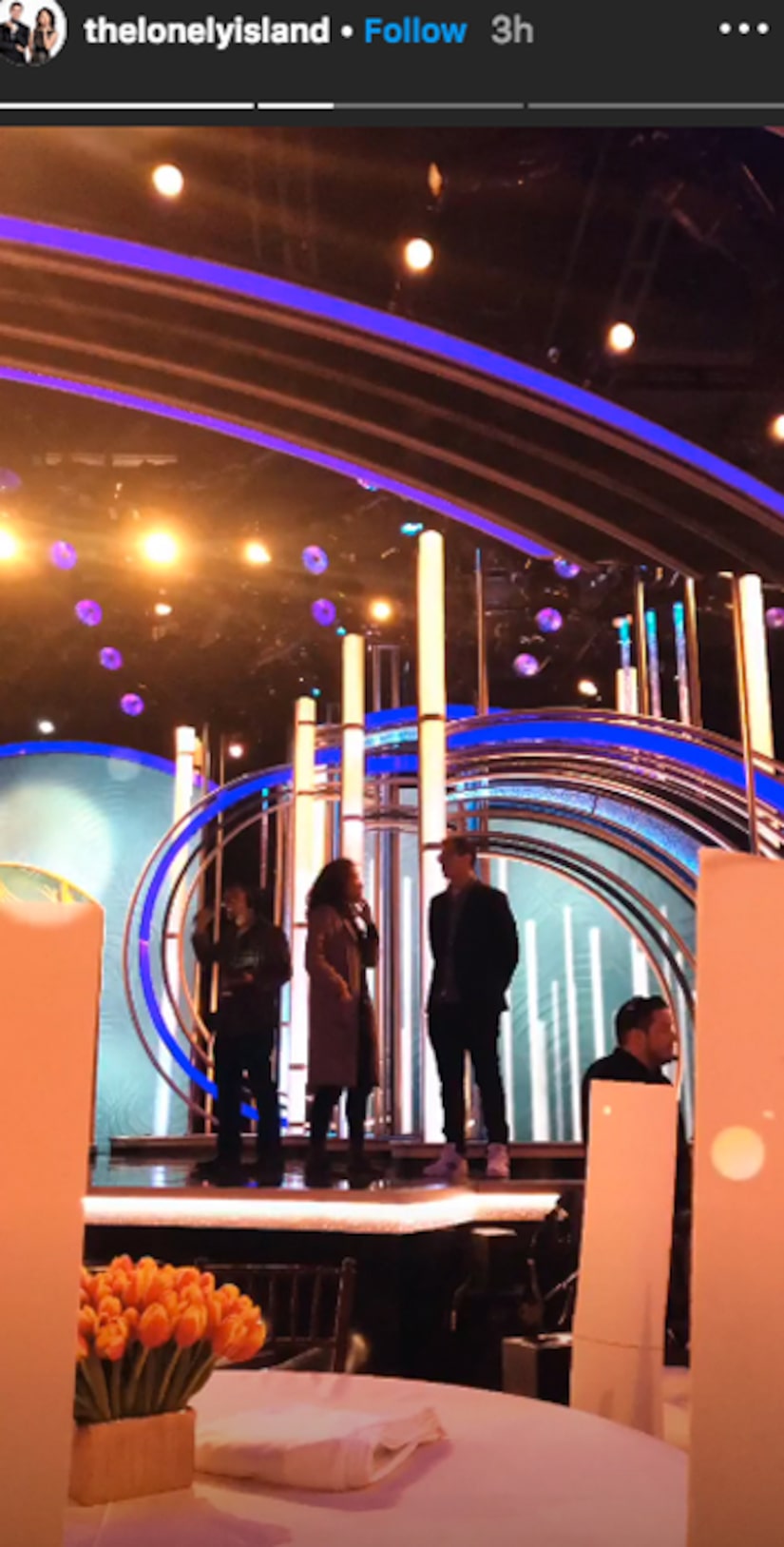 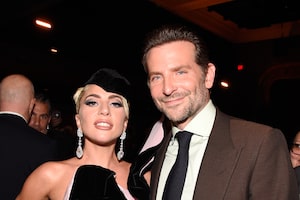 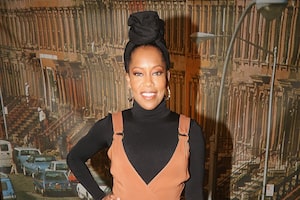 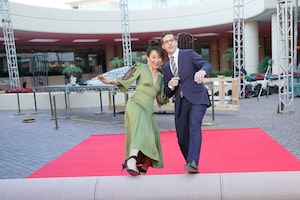