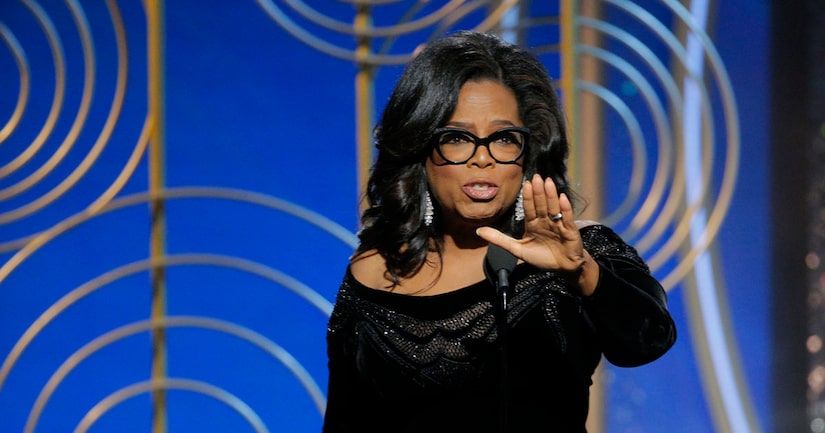 Could Oprah Winfrey be running for office in 2020? The buzz is building for a possible presidential run after the star delivered an electrifying speech at the Golden Globes.

She brought the house down as she accepted the Cecil B. DeMille Award, leaving some wondering if the powerful moment was actually her first campaign speech!

Oprah spoke about truth and justice, saying, “It is the insatiable dedication to uncovering the absolute truth that keeps us from turning a blind eye to corruption and to injustice, to tyrants and victims and secrets and lies. Speaking your truth is the most powerful tool that we all have.”

She also offered hope, later adding, "I want all the girls watching here and now to know that a new day is on the horizon. And when that new day finally dawns, it will be because of a lot of magnificent women, and some pretty phenomenal men, fighting hard to make sure that they become the leaders that take us to the time when nobody has to say 'me too' again."

Earlier in the night, Seth Meyers joked about Winfrey running for office in his monologue, trying to use a bit of reverse psychology that seemed to work on Donald Trump a few years ago.

“I just want to say: Oprah, you will never be president! You do not have what it takes. And [Tom] Hanks! Where's Hanks? You will never be vice president. You are too mean and unrelatable. Now we just wait and see.”

The mogul has told us in the past that she wasn't planning to run for office, but she could be changing her mind.

Her longtime partner Stedman Graham offered hope to fans when he told the L.A. Times, “It's up to the people. She would absolutely do it.”

Oprah's BFF Gayle King is on board, telling us, “President Winfrey… doesn't that have a nice sound?”

The stars would certainly be supportive. Meryl Streep told The Washington Post, “She launched a rocket tonight. I want her to run for president. I don't think she had any intention [of declaring]. But now she doesn't have a choice.”

“Lady Bird” star Saorise Ronan told us, “She would make an incredible president.”

DJ Khaled stopped by "STEVE" this week and told Steve Harvey that he is not only "voting" for Oprah, he is "praying" for her too. Watch! 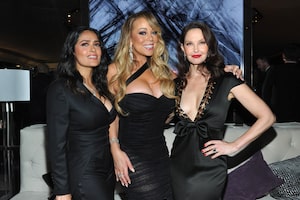