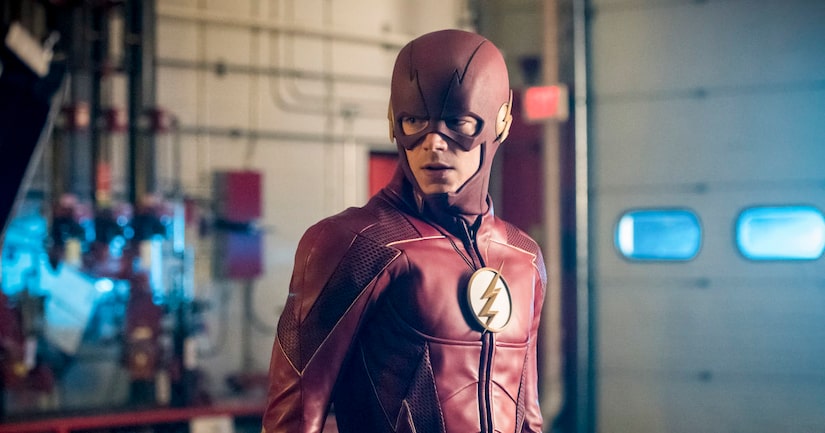 ExtraTV.com caught up with “The Flash” star Grant Gustin in Vancouver where he dished on the upcoming crossover episode, Barry and Iris' wedding and his reaction to news Wentworth Miller is leaving the franchise.

Later this month, The CW will air another massive 4-show crossover between “The Flash,” “Arrow,” “Legends of Tomorrow” and “Supergirl,” and Grant says it is “bigger than ever.”

Gustin continued, “We knew it was going to be bigger than ever too… There's more people than ever included, some of the biggest sequences you'll see with the most superheroes we've ever seen together at any given time. But we stick also, at least 'The Flash' side of things, we stick with the comedy we've had all year. That still exists within the crossover. Barry and Kara have a few interactions that are fun, classic Barry and Kara interactions. I meet a couple new characters.”

The action takes place at Barry and Iris' wedding, which is crashed by villains from Earth-X. “It's a comic book wedding, so it's classic," he said. "It's beautiful. But obviously, things aren't going to be perfect. Something's going to happen. But it's classical, it's classic beautiful wedding.”

He also revealed the church was built in a warehouse. “It was insane. You thought you were in a real church and it was beautiful. I'm excited for everyone to see it.”

In addition to the crossover, Gustin opened up about Wentworth Miller, who played Captain Cold/Leonard Snart on “The Flash” and “Legends of Tomorrow." Wentworth tweeted that he was filming his final episodes as the character.

Grant said, “First of all, I hope he comes back… I'll just keep my fingers crossed that I get to work with him again.”

He added, “The fans love those two characters (Barry and Leonard) together… They started as enemies, and they came to respect each other and I think they came to care about each other even. But there's trust issues there, probably on both sides. There's a lot going on.” 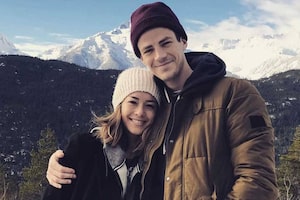