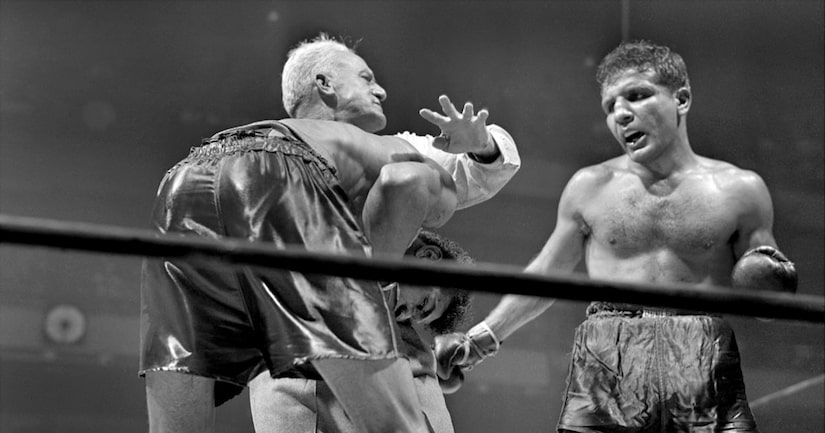 Boxing legend Jake LaMotta has passed away at the age of 95.

LaMotta's wife Denise revealed to TMZ that he died at a nursing home from complications of pneumonia. She said, "I just want people to know he was a great, sweet, sensitive, strong, compelling man with a great sense of humor, with eyes that danced."

Another member of his family told the site that his condition had gotten worse over the past few weeks and he was eventually put on a feeding tube. In the last few days, it was decided that the feeding tube would be taken out.

Jake was known for his rivalry with Sugar Ray Robinson, who beat him five out of six fights.

Robert De Niro famously portrayed LaMotta in the 1980 film “Raging Bull,” which would earn him an Oscar for Best Actor. In response to Jake's passing, De Niro said in a statement to “Extra” on Wednesday, “Rest in Peace, Champ."