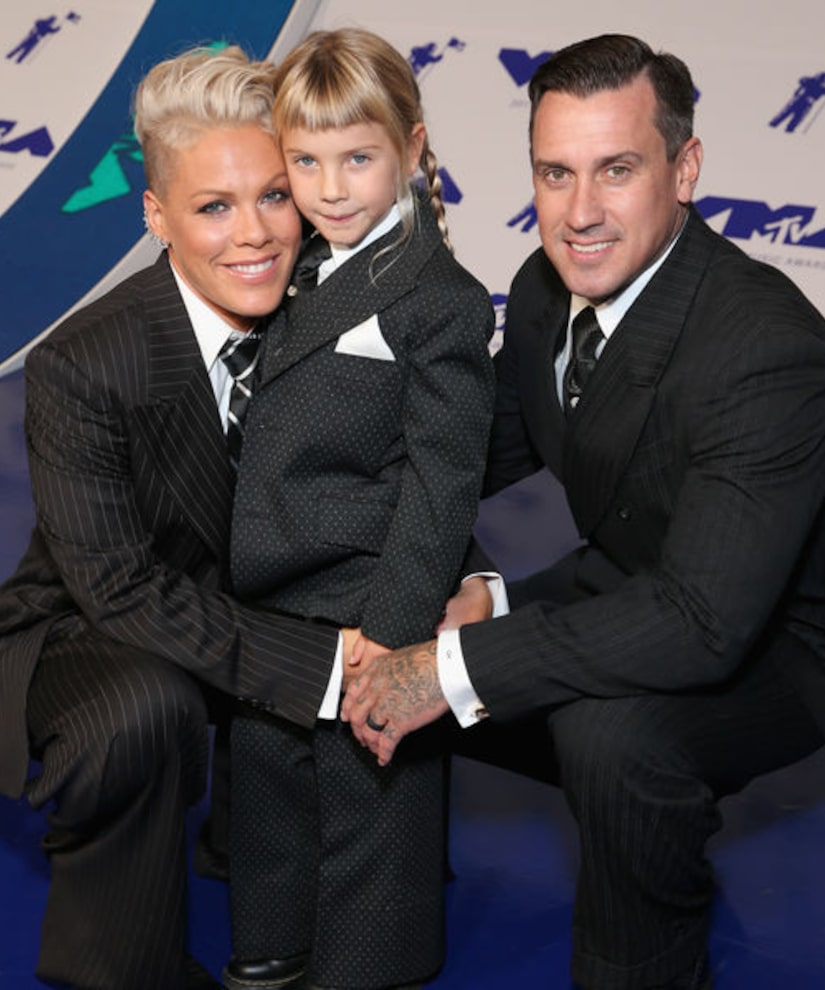 P!nk kept it all in the family as she stepped out for the MTV VMAs Sunday night. With 6-year-old Willow and Carey in tow — all three in matching outfits — the only one missing was baby Jameson, born December 26.

P!nk was on hand to perform a crowd-pleasing medley of her biggest hits and her new single "What About Us," and to receive the Michael Jackson Video Vanguard Award.

Talking to "Extra's" Renee Bargh, Pink said she was honored to be receiving an award named after pop icon Michael Jackson. "It makes me feel saucy," she admitted. She also said she was happy to be sharing the special recognition with the people closest to her, noting Willow made it to the show in spite of being on the verge of losing a tooth. 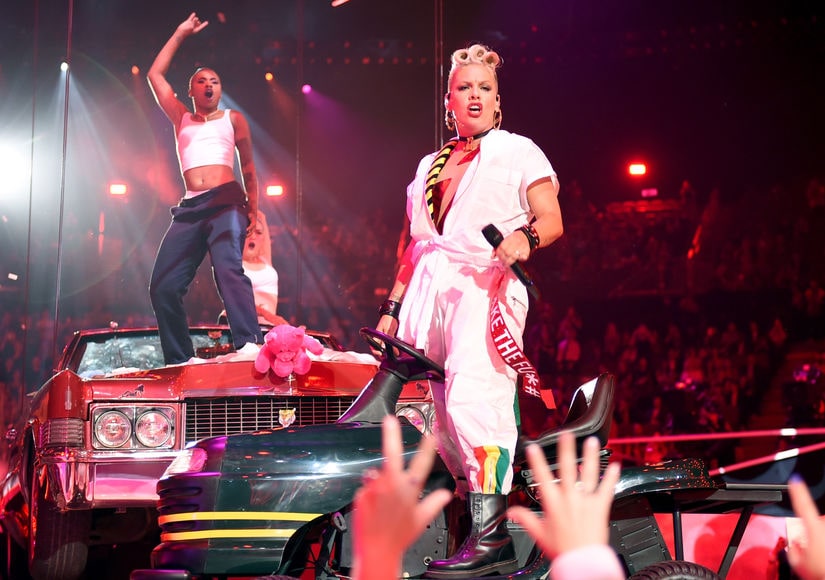 "She keeps showing me because she knows it makes me queasy," P!nk laughed.

During the show, P!nk related a story about how Willow had confessed to feeling like "the ugliest girl I know" because she thinks she looks like a boy. P!nk showed her a series of images of superstars like Jackson and David Bowie and also pointed out that she herself has been criticized for looking like a boy.

"Baby, girl, we don't change, we take the gravel and the shell and we make a pearl," she recalled telling her daughter. "We help other people to change so that they can see more kinds of beauty. And to all of the artists here, I am so inspired by all of you. Thank you for being your true selves. And for, for lighting the way for us."

The 37-year-old pop star recently said during an interview with London's Kiss FM that she sided with Taylor Swift in the Taylor vs. Katy Perry feud, but she told Renee, "I don't think it's funny. I regret that stupid answer. It was a stupid question. I think they are both fabulous and I think they both deserve to shine. I love them both. I support both of them." She also said she had been looking forward to Katy "super hosting" the VMAs. Why? “I think she is hilarious and she is perfect for this show," P!nk said graciously. 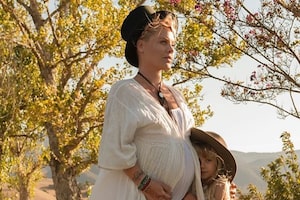 Pic! How P!nk’s Daughter Is Prepping For Her Big-Sister Role 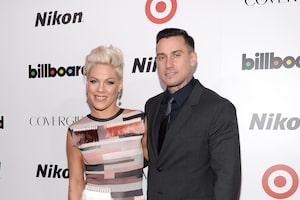 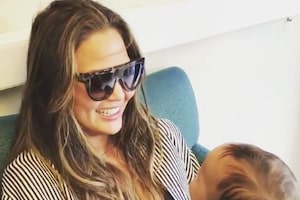 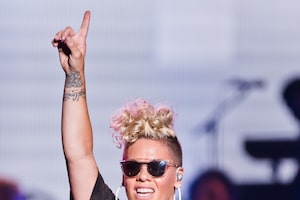 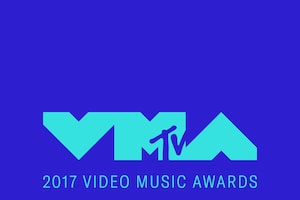 What to Expect from the MTV VMAs 2017