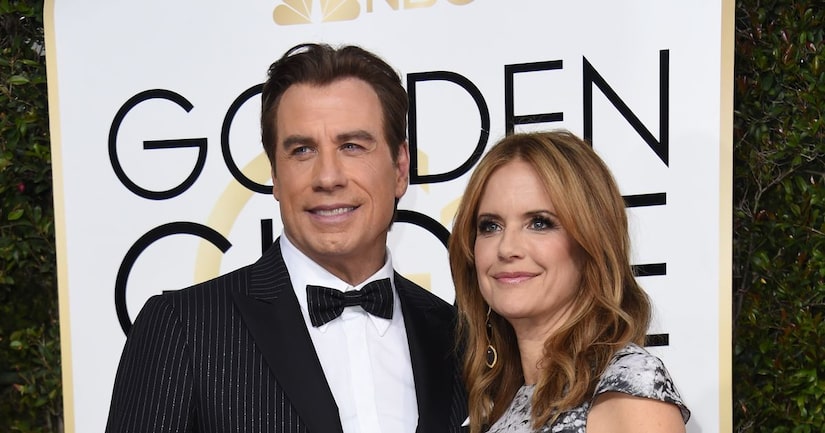 “Extra's” Mario Lopez was excited to see John Travolta and Kelly Preston on the red carpet for the Golden Globes tonight because he has a personal connection to Robert Shapiro, played by Travolta in “The People v. O.J. Simpson: American Crime Story.”

When Mario told John that he boxes with the famous O.J. lawyer, John responded, “That's awesome. What's that like? Is he good?” Mario answered, “He's not bad… He didn't hurt me. I'm not allowed to hit him in the face, I just give him a couple of body shots.”

Though John did not talk to Shapiro while shooting, he explained how he prepared for the role. “I watched all the video news, whatever was available — I just studied that. There were three different books, he was a part of each book. He also reminded me of other people I knew.”

Kelly revealed she got to see the series at home first, smiling, “I would make him do it for me.” When Mario commented, “A little role-playing!” Kelly got a little cheeky, saying, “All the time. I make him play all the characters. You kidding me?"

The two are starring together in the highly anticipated “The Life and Death of John Gotti” biopic. John broke news that the film is set to come out in the spring. He added, “Pitbull is going to do the scoring of the music.”

John also remembered the late Carrie Fisher. “Carrie and I kind of became famous around the same time. I was doing the movie 'Carrie' when she was doing 'Star Wars,' ['Welcome Back Kotter'] was already on the air. I kind of felt like I grew up with her. We had similar eras of becoming discovered, so I feel like a bit of my history is gone.” 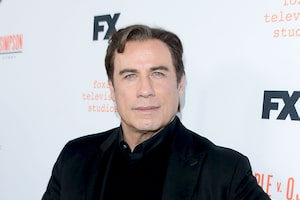 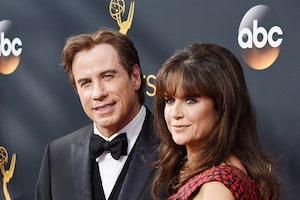 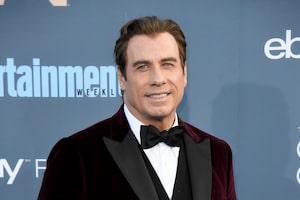