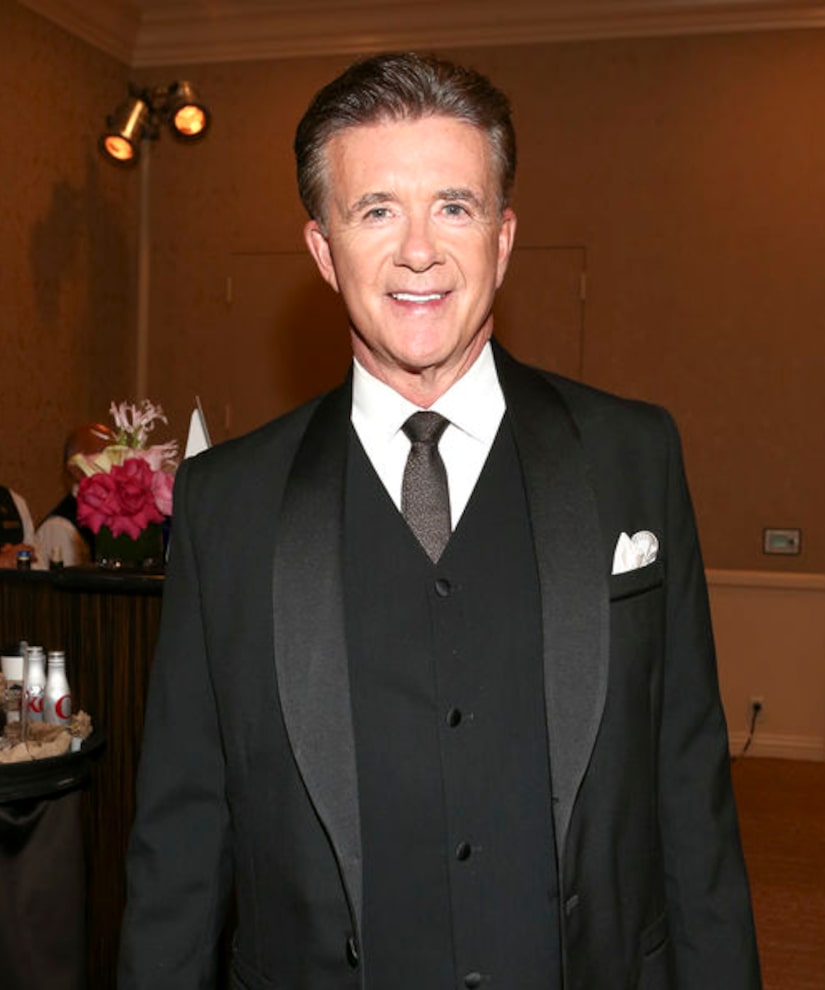 Actor Alan Thicke has passed away unexpectedly at the age of 69.

According to TMZ, Thicke died at Providence St. Joseph's Medical Center in Burbank earlier today after suffering a heart attack. He had been transported to the hospital, reportedly after playing hockey with his son Carter, 19.

11 years. A million laughs. A lifetime of love. Together in all things. Always. Love, H.@TanyaThicke pic.twitter.com/7Cl7qxkMHE

Along with Carter, Alan is survived by his wife Tanya and sons Brennan and Robin, who is the internationally successful recording artist.

Thicke was best known for his role as Dr. Jason Seaver on seven seasons of the ABC sitcom "Growing Pains." He recently appeared on "This Is Us" and "Fuller House," and at the time of his death was the star of the mockumentary series "Unusually Thicke," along with Tanya and Carter.

Before attaining household-name status, Thicke hosted the short-lived talk show "Thicke of the Night" from 1983-1984. With ex-wife Gloria Loring, he composed TV theme songs, most memorably for "Diff'rent Strokes" and "The Facts of Life."

After news broke of his death, Robin paid tribute on Instagram, writing, “My Father passed away today. He was the best man I ever knew. The best friend I ever had. Let's all rejoice and celebrate the joy he brought to every room he was in. We love you Alan Thicke. Thank you for your love. Love, your grateful son.”

As the SAG nominations were being announced earlier this morning, “Extra's” Renee Bargh spoke to Sharon Lawrence, who worked with the late Alan Thicke on one of his final projects.

Lawrence, who played Thicke's wife on “I Like You Just the Way I Am,” shared, “It was such a privilege to spend time with him... If there is any grace in such a tragic loss, it's that he passed doing what he loved — hockey. My heart goes out to his family. I will never forget how much joy he brought to everybody he was around.” Watch.

Other celebs took to social media to mourn Alan's passing. See the tweets below!

When you meet one of your idols and they are even nicer and cooler than you hoped they would be. That was @Alan_Thicke. Rest in peace. pic.twitter.com/ydizpZODdH

Just heard of #AlanThicke's passing. 1st job in LA was as an intern for him... He was a very nice boss. Sending good thoughts to his family.

Sending my love and condolences to the entire Thicke family. May your transition be full of light and peace.

I just learned of my friend @Alan_Thicke passing. Our familys were together not that long ago...I owe you an email. Rest In Peace pal.

As many others did, I grew up being entertained by Alan Thicke. 69 is far too young. My thoughts are with his family and his legion of fans.

Was ready to IM a pic of my son on his 7th b-day today and saw the news about #AlanThicke... so sad and sudden 😔 Love & prayers to his fam.

Life is short and so fragile. We are so saddened to hear about Alan Thicke 💔 our thoughts and prayers go out to his family 🙏🏼

RIP Alan Thicke. I grew up watching him and got to know him through Robin. He was always so kind to me. So sad to hear about his passing.