“The Voice” has narrowed it down to its Top 12! ExtraTV.com caught up with the remaining contestants after the show and found out some fun facts about each of the singers, and their favorite part about working with their coaches. 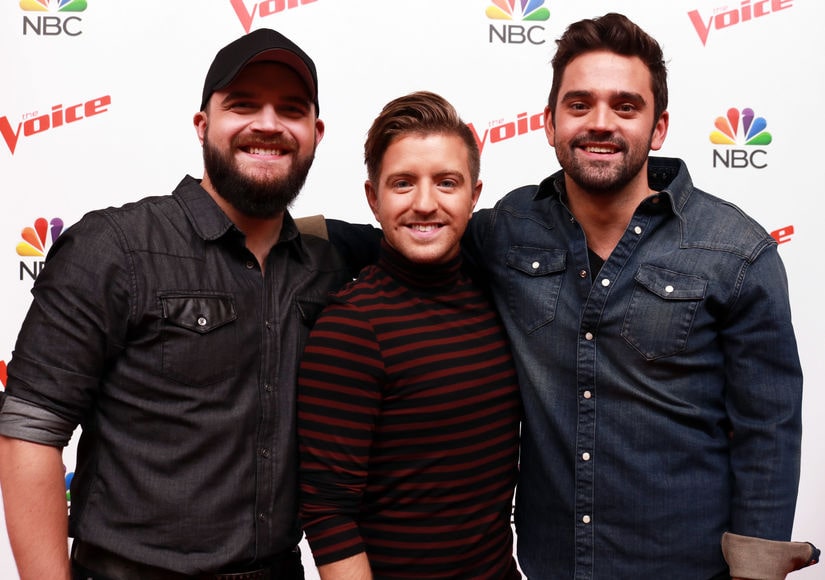 At only 12 years old, Billy Gilman released his first country album, “One Voice,” which earned him a Grammy nomination for Best Male Country Vocal Performance. The Rhode Island resident also was the youngest artist to have a Top 40 hit and double-platinum album. Now, the openly gay singer is focusing on a pop career.

Fun fact about Billy:“I cannot stand an unmade bed. It has to made every time. Six pillows in a row. I get Type A to the core."

Favorite thing about being on Team Adam:“The coolest thing about being on Team Adam is he is 'what you see is what you get. 'He isn't going to B.S. you. He doesn't have time for that, and that isn't his character. So when he says something, you don't question it. You run with it and believe that is the truth. It brings a confidence within you that you need a little bit. It's a bit of a reassurance in this big pool."

Brendan's introduction to music was with his older brother at the age of 12, when the two started their own band. He later went on to college, but music pulled him back in and he started performing every night he wasn't working. Recently, he and his brother went on an East Coast tour under the name Another Brother. When he isn't doing gigs, he bartends in Greenwich Village in New York.

“Not so” fun fact about Brendan:"I am deathly allergic to nuts"

Growing up a star athlete, he realized his true calling in college, leaving early to pursue his music career. The Nashville resident is now looking to “The Voice” to help his take his career beyond the bar scene.

Fun fact about Josh:“I have a really bad habit of pushing air through my teeth [makes whistling noise through teeth] I do this all the time. 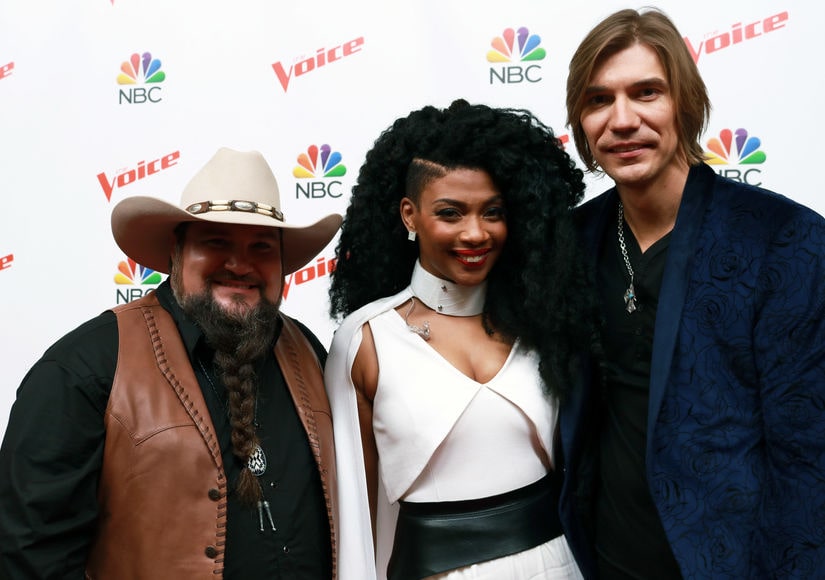 Sundance comes from a musical family. His father, Roy Head, was in the band the Traits. Through his father's connections, Sundance was able to record with ZZ Top, but it wasn't until 13 years later that he decided to pursue music professionally. His wife of nine years helps Sundance manage his career and his gigs all over Texas.

Fun fact about Sundance:“I am really a dancer.”

Favorite thing about being on Team Blake:"I love working with Blake because he has given me a lot of confidence."

Growing up around music, Austin went out on tour at the age of 19 with his Grammy Award-winning guitarist dad, Tommy Allsup. He and his coach also have ties; Austin once performed at an event that featured Blake as part of the lineup.

Fun fact about Austin:“I really enjoy playing frisbee for some reason. I'm not sure why, but my band and I always like to play with my frisbee when we are on the road.”

Favorite thing about being on Team Blake:"He has taught me how to stay true to who I am."

Courtney previously spend four years teaching music classes in Boston while being a mother. After her teaching came to an end, she was asked to help write a song for Chris Brown — which led her to her move across the country to Los Angeles. Courtney has written for Ariana Grande, Jennifer Hudson, Ne-Yo, Brandy, Mary J. Blige, and briefly toured as a background singer for John Legend.

Fun fact about Courtney:“I am a nerd."

Favorite thing about being on Team Blake:“I love working with Blake because he has given me so much confidence." 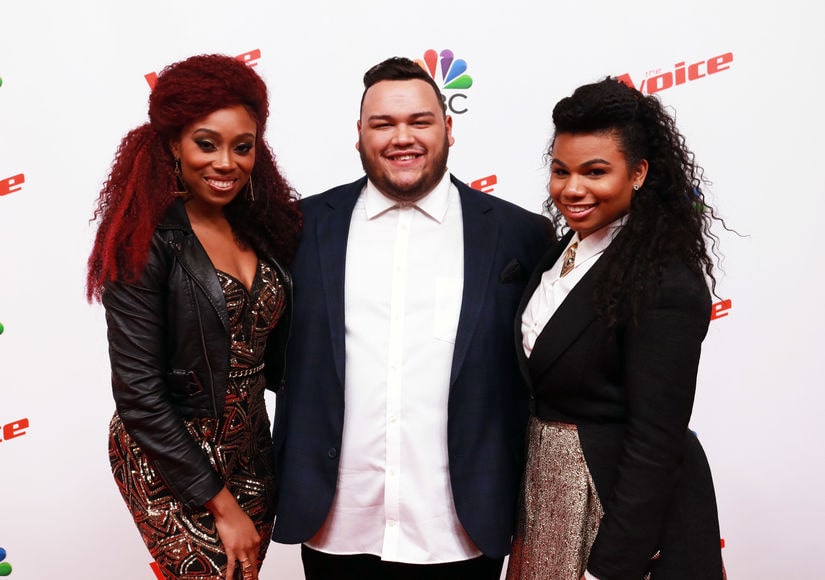 Christian's father was a popular musical artist in Puerto Rico. The 20-year-old from Orlando sang Michael Bolton's “How Am I Supposed to Live Without You” during his audition.

Fun fact about Christian:“I collect socks. I have over 350 pairs of not-normal socks. That means anything that isn't white, black. I have characters on my socks. I have 'Simpsons' socks on right now. If you ask me what kind of socks I am wearing anytime that I am on the stage, I will tell you something different. Last week I wore superhero socks with a cape."

Sa'Rayah's love for music came from spending time in church. In 2014, she caught the attention of Richard Davis, founder of the local band Chicago Catz and he began booking her. She now performs at weddings and corporate events with the Chicago Catz.

Fun fact about Sa'Rayah:“I am a foodie. I love food! My favorite things are sweets, half-baked cookies, fresh out of the oven. I love them! I die for them."

The name Wé is Kenyan for "diligence," which is something that Wé has had her entire life. Her father helped her to get vocal lessons at Harlem School of the Arts, which she still attends. She has performed at the prestigious Lincoln Center, Carnegie Hall, and, most recently, at the Apollo Theater.

Fun fact about Wé:“I started singing only about five years ago." 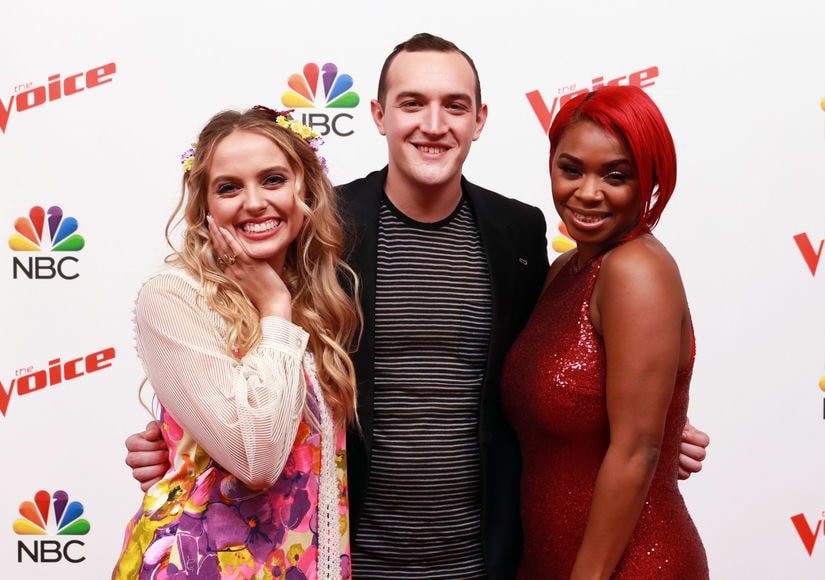 Ali skipped college to join Xhale, a three-person R&B group. They opened for Boyz II Men and played for Patti LaBelle at her tribute concert. After calling it quits in 2010, Ali has since toured all of Russia with the successful jazz musician Oleg.

Fun fact about Ali:“I can communicate with dogs. It's true. Me and my dog have conversations. We really do. She listens. I'm like the female Dr. Dolittle."

Favorite thing about being on Team Miley:“She trusts me as an artist and she gets me for who I am."

At the age of 18, Aaron went to his first open mic. It was at that point he made the decision to perform wherever he could. When he isn't singing, he is passionate about giving back to the community, serving as a counselor at a camp for kids with Tourette syndrome called Camp Twitch and Shout for the past five years.

Favorite thing about being on Team Miley:“When you talk to her, it's like talking to someone you have known for years. She is so friendly and I think that is super cool."

At the young age of 6, Darby began her acting career. Not too long after, she was songwriting at only 10 years old. Her mom saw the talent and decided to pack up the family and move to California to further her career.

Fun fact about Darby:“I can play the spoons!”

Favorite thing about being on Team Miley:“She really allows me to go big. We take a lot of risks in song choices and style. She listens to all my ideas and we have a lot of fun creating each week's performance." 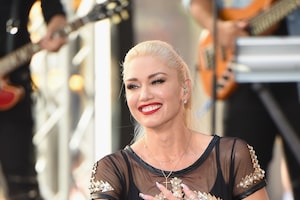 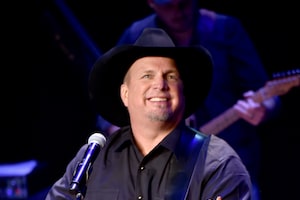 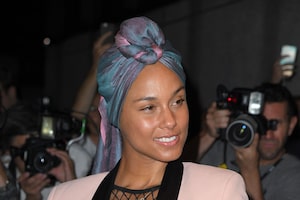