“Game of Thrones” fans are fearing that Sansa Stark could be pregnant with Ramsay Bolton's baby! Photos of Sansa sporting a small bump, along with Ramsay's line “a part of me will always be with you” helped fuel the rumors.

“Extra's” Renee Bargh spoke with Sophie Turner and Iwan Rheon at Comic-Con to find out their thoughts on the bump watch.

Turner said, "When the rumors first started coming was when set photos were released for Season 6 and everyone was like, 'Oh, my God, I think she's pregnant,' because there was a kind of a little bump, but it was just that time of the month for a girl, and that was the worst thing you can ever see on the Internet, is people being like, 'She's totally pregnant!' and you're like, 'No, I was just fat that day. I was bloated. Thanks guys.'” 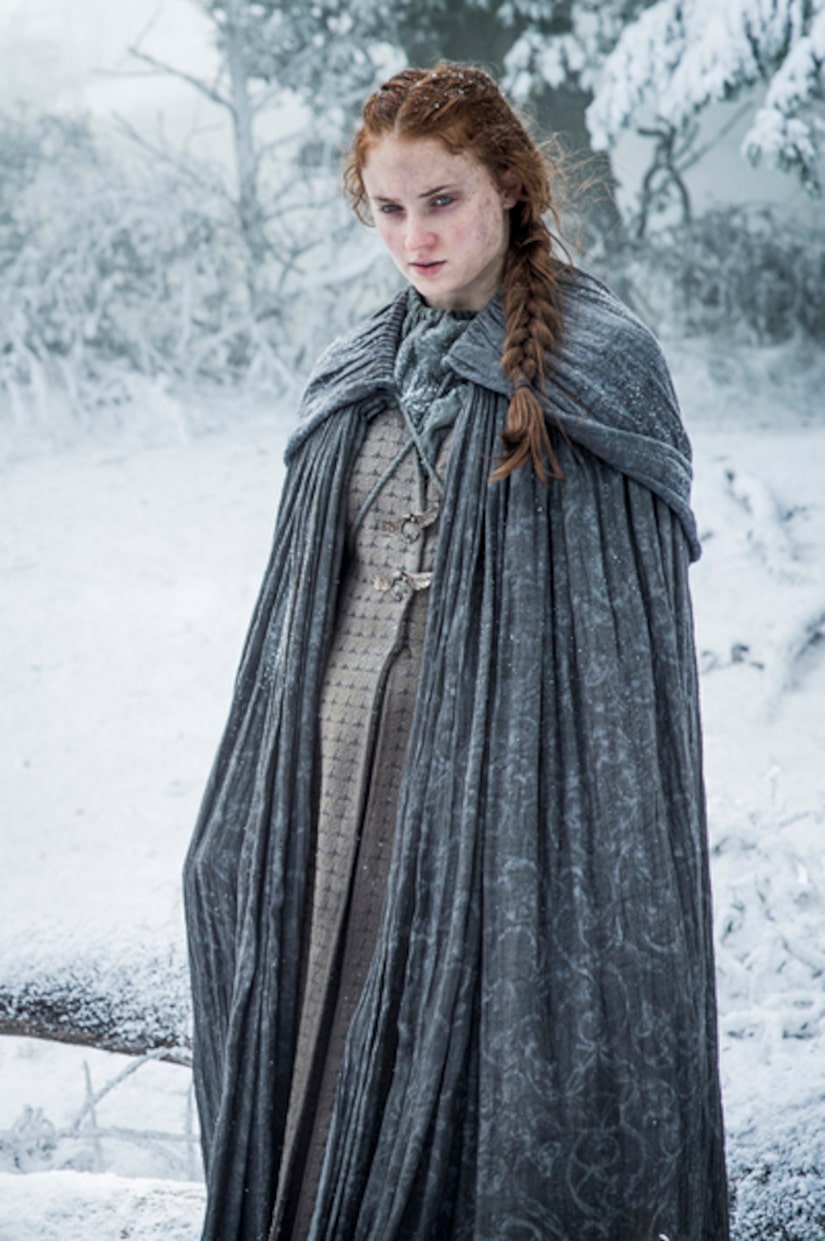 She also noted that fans took Ramsay's line literally, but she thought it was “more of an emotional thing.”

Turner doesn't know for sure whether or not Sansa is with child, saying, “I'm in denial right now. I'm hoping that she's not pregnant.”

Iwan says he thinks it is just a rumor, but he doesn't know anything for sure. “It is possible because of what he has been doing to her… but I hope it doesn't happen.”