After five years off the small screen, America Ferrara is coming back to TV with her new NBC show "Superstore"! 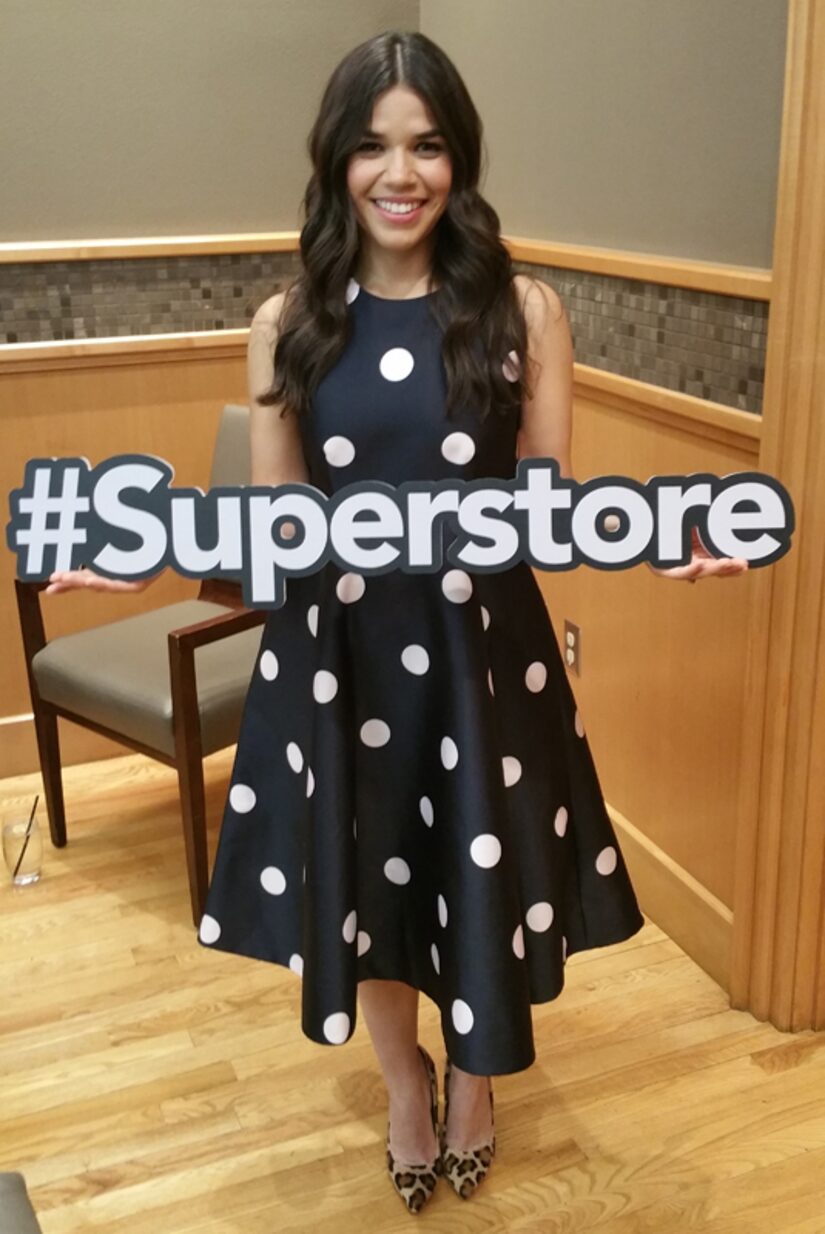 [Credit: Nhu Tran]
Monday afternoon, Ferrera sat down with ExtraTV.com and other reporters at an intimate lunch to promote the sitcom, which she describes as "a show about working-class people. It's the perspective of how the majority of people live. They clock in, they clock out. They get paid minimum wage and they go home and survive..."

On what drew her to the project, Ferrera explained, "I just remember really loving and relating and seeing myself in shows that were just about normal people and families... like 'Roseanne,' 'Cheers,' even 'Family Matters,' shows about families and relationships, where people weren't rich and powerful — they were just people. It just seemed to me like a great opportunity to be part of a comedy that did all those things that I loved and related to as a young person growing up on television, essentially."

The last time America was on television, she was starring in "Ugly Betty," which ended after four seasons on ABC. Once the show wrapped, she went back to college and graduated with an international relations degree from USC. The 31-year-old has learned some life lessons since "Ugly Betty," saying, "I think that I am trying desperately to maintain a personal and real life while I'm doing this show. '[Ugly] Betty' was incredibly all-consuming and all-encompassing. I was 21 years old, the show was a massive hit, it swallowed up my life. When I came out of the other side, it was hard to, kind of, find myself, my friends, my family, who I was aside from the show. I had a nice, long break to establish my real life. 'Superstore' is so wonderful and I've had such an amazing time, but I'm also really conscious and aware of making my personal life something that can exist separately from that."

America is not only acting in "Superstore," she is giving input in the writers' room. "I am a producer on 'Superstore' — that was really important to me. I have been just an actor on television and have really wanted, ya know, to be a part of the conversation that shapes the show and defines where the show is going overall. From the beginning, before I even accepted the job, I had those conversations with Justin [Spitzer], our creator, who came off six or seven seasons of 'The Office,' and asked those big questions."

In "Superstore," America plays an underdog named Amy, who prefers to wear different name tags each day so customers don't know her real name. On her character's quirk, she teased, "Whether there was an incident that provoked the changing of the name, it is yet to be seen. Details like that in the character, in all the characters, there are seeds planted for there to be payoffs further in the season and into the series."

In the first episode, the viewer is introduced to new employee Jonah (Ben Feldman), who doesn't start on the right foot with Amy. The banter between the two characters is a focal point in the show. Of the chemistry between her and Ben, America said, "We just started making fun of each other. It came very naturally to me and Ben Feldman. Sometimes, the lines are very blurred between what is the characters' banter and what's ours. I think it speaks to the strength of the setup, the strength of this character plus this character equals this opportunity — the opportunity for them to come up against each other, to affect each other, change each other, and hopefully it's fun to watch. Ultimately, that's the goal."

The pilot was filmed at an actual Kmart, which stayed open for the whole shoot. When asked if any customers recognized her, America responded, "No, it was out of context. They didn't expect it. They just saw a young Latino girl in a vest. Basically, if they wear a vest and name tag and stand anywhere, they will think you work there."

After the cast wrapped up the first season, they took a wild trip to Las Vegas together — thanks to Ben! Ferrera shared, "Ben Feldman came up with that [idea]. Ben was like... 'Wouldn't it be cool if we all went to Vegas?' and I was like... 'It would absolutely not be cool at all... and I'm not going.' He managed to get all the actors on board and he managed to get almost all the writers on board. He was like, 'You're the only one who's not going to be there.' So then I had to go — he won."

Once the cast was in Sin City, they let loose and had loads of fun! Ferrera said, "We stayed at the Mirage and we went to David Copperfield's magic show. We went to see 'The Beatles LOVE' show, and we went dancing both nights. It was the quintessential excess trip to Vegas."

When America isn't shooting "Superstore," she is hard at work developing projects under her production company Take Fountain Productions, alongside Gabrielle Neimand. "Once a week, I'll get a complete day off and I get to do my development work as a producer on the other things I'm developing." 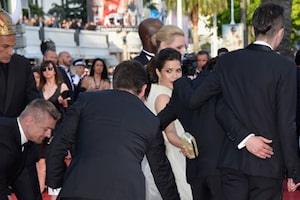 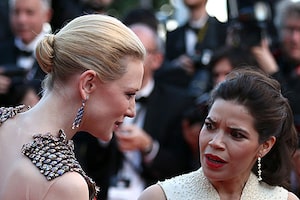 America Ferrera on Cannes Prank: ‘Felt Like a Crazy Dream’ 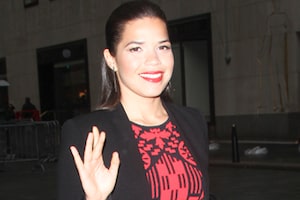 "How to Train Your Dragon 2" star America Ferrera stopped by the "Today" show in NYC.