“Flipping Out” reality TV star Jeff Lewis and his trusty executive assistant Jenni Pulos joined “Extra's” Tracey Edmonds at Universal Studios Hollywood, where they dished about the high-stress season ahead, star renovations, and Jeff's plans to expand his family.

Jeff and his partner of six years, Gage Edward, seriously move forward with their plan to have a baby via surrogacy, which is explored throughout season 8.

“We decided to do surrogacy, so we started that process, but we're not pregnant yet, Jeff revealed to Tracey.

On the path to parenthood, Jeff and his team of genius yet disgruntled employees also have to deal with some major home renovations for celebs like Brian Austin Green and his wife, Megan Fox, Heather McDonald, George Eads, and “Extra” Senior Executive Producer, Lisa Gregorisch-Dempsey.

Watch Jeff and Jenni on “Flipping Out,” beginning on Bravo this Wednesday, July 1 at 10 pm, and then the rest of the season at 9 pm. 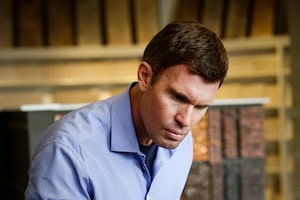 Jeff Lewis and the 'Flipping Out' Team Return to Bravo for Season 8! 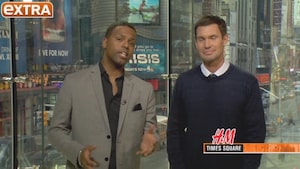 Jeff Lewis Gives Sneak Peek at the Latest, Craziest Season of 'Flipping Out' 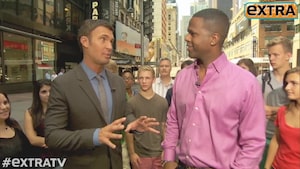 Jeff Lewis on the New Season of ‘Interior Therapy’