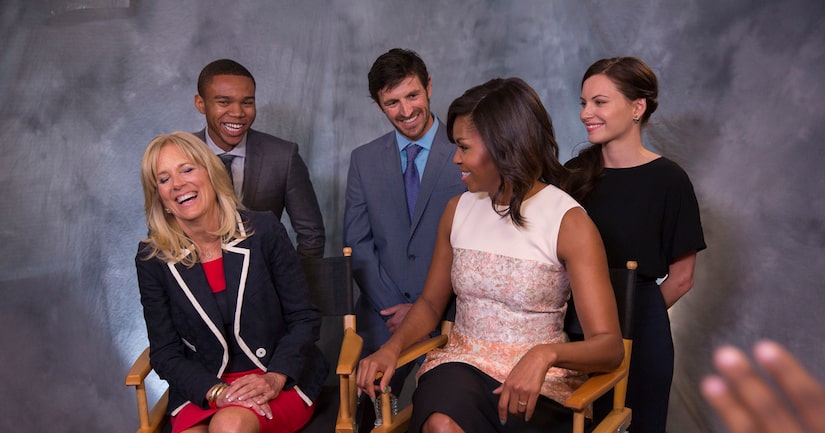 First Lady Michelle Obama and Dr. Jill Biden will appear on a special episode of NBC's hit medical drama, “The Night Shift” on May 4 as part of an ongoing partnership between the show, and their Joining Forces initiative.

The two also shot a PSA with cast members Eoin Macken, Jill Flint and Robert Bailey, Jr. to spread the word for about veterans health initiatives, and the many resources that are available to vets and their families.

"For too long in this country we've treated mental health as somehow different from physical health," Biden said in the video. "But that just doesn't make sense. Imagine if we told someone with heart disease to 'just snap out of it' or stigmatized someone because of a broken leg."

Obama continued, “It's time we change the conversation about mental health in this country, especially when it comes to our troop, veterans, and their families. It's time for us to all be clear that getting support and treatment isn't a sign of weakness, it's a sign of strength.”

Watch this teaser of Obama and Biden's upcoming appearance on “The Night Shift.” 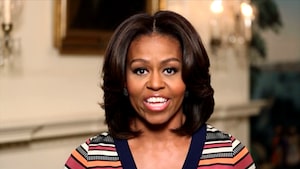 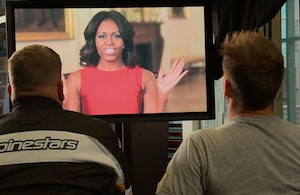 Michelle Obama, Mario Lopez and Others Give One Veteran the Ultimate Thanksgiving Reward! 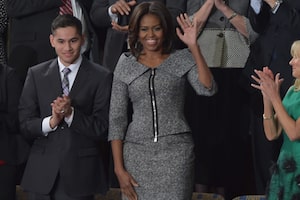 Michelle Obama Is 'The Good Wife' at State of the Union