Actor Scott Eastwood let it slip to host Cohen and fellow guest Jon Cryer while on the hit late night show that Ashton Kutcher cheated on wife Demi Moore, and it was with Eastwood's girlfriend at the time.

The shocking secret was revealed after a viewer phoned in asking Jon Cryer if it was weird working with Ashton Kutcher on “Two and a Half Men” because Cryer dated Demi Moore back in the '80s. Cryer admitted it was a little awkward, and that's when Eastwood dropped the bomb that caught everyone by surprise.

“If it makes you feel any better, he did sleep with one of my ex-girlfriends; she was my current girlfriend at the time,” Eastwood claimed.

The 29-year-old actor didn't name his cheating ex on the Bravo show, only confirming it "was one of those girls from San Diego” after being asked by Cohen.

The Kutcher cheating rumors circulated back in 2011 when then 22-year-old San Diego-based administrative assistant Sarah Leal broke her silence in an Us Weekly interview, claiming the “That 70s Show” actor had sex with her following a wild, all-night party in his suite at San Diego's Hard Rock Hotel.

Kutcher and Moore never commented on the story, but split shortly after it broke.

Eastwood insisted the romance with the girl from San Diego wasn't serious, and that he has no ill will toward Kutcher, saying, “I'd shake his hand.” 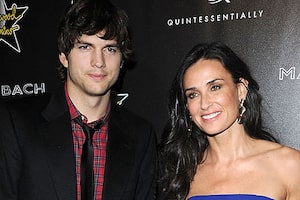 Who Gets What? Ashton Kutcher and Demi Moore Sign Divorce Settlement 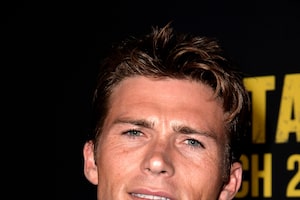