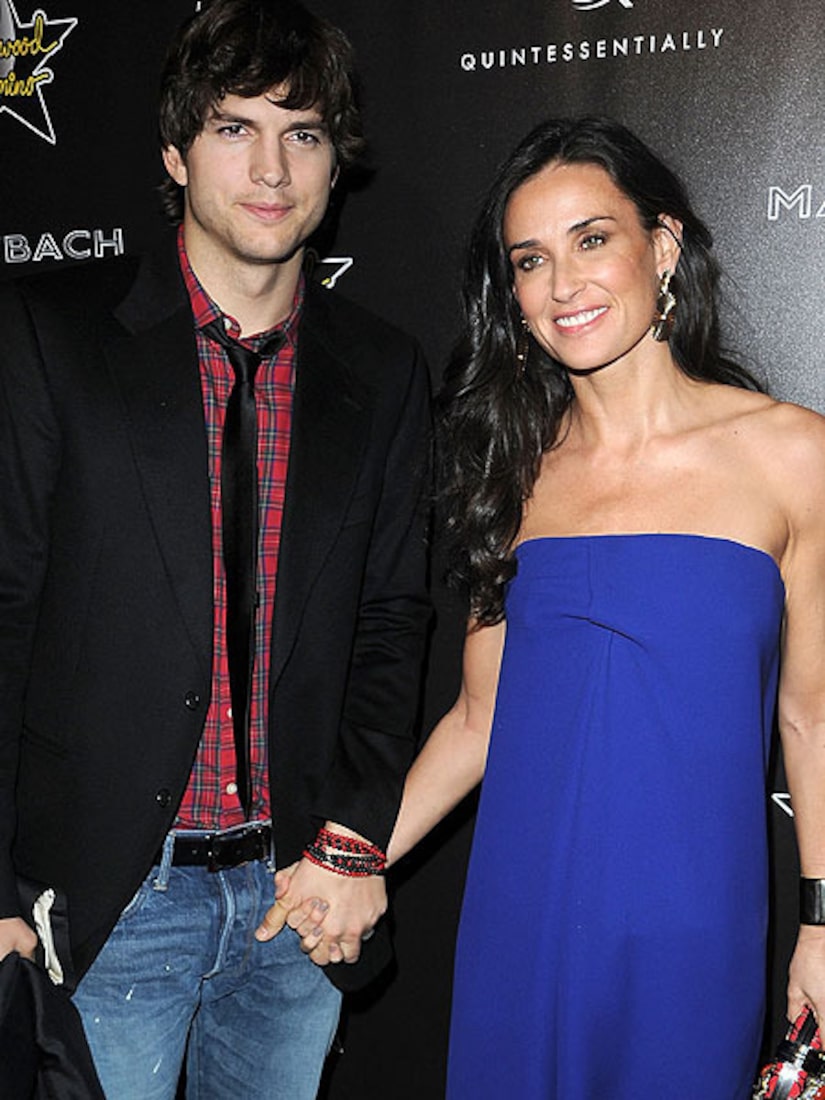 Sources say that Ashton and Demi have already signed the paperwork and could file legal documents next week that would “formally end their marriage.”

It seems Kutcher's tech money was the main thing holding up the divorce. He was reportedly an early investor in Skype, Foursquare and Flipboard, among other high tech companies.

TMZ reports that Demi also wanted spousal support over Ashton's supposed affair. She allegedly conceded, because ultimately California, where the divorce is taking place, is a no-fault state.

An insider told the site that Ashton was "a little more generous than he had to be.” In the end, they agreed to split the assets they acquired before the separation… meaning Moore did not get a piece of Kuther's “Two and a Half Men” money.

Despite the split, the exes seemed cordial and friendly when they were spotted together last month at Burbank Airport. Both stars had been attending a conference in San Jose and took the same flight back to L.A.

Since the split, Ashton has moved on with former “70s Show” co-star Mila Kunis, while Demi is reportedly dating a new younger man, yoga instructor Will Hanigan, 30.