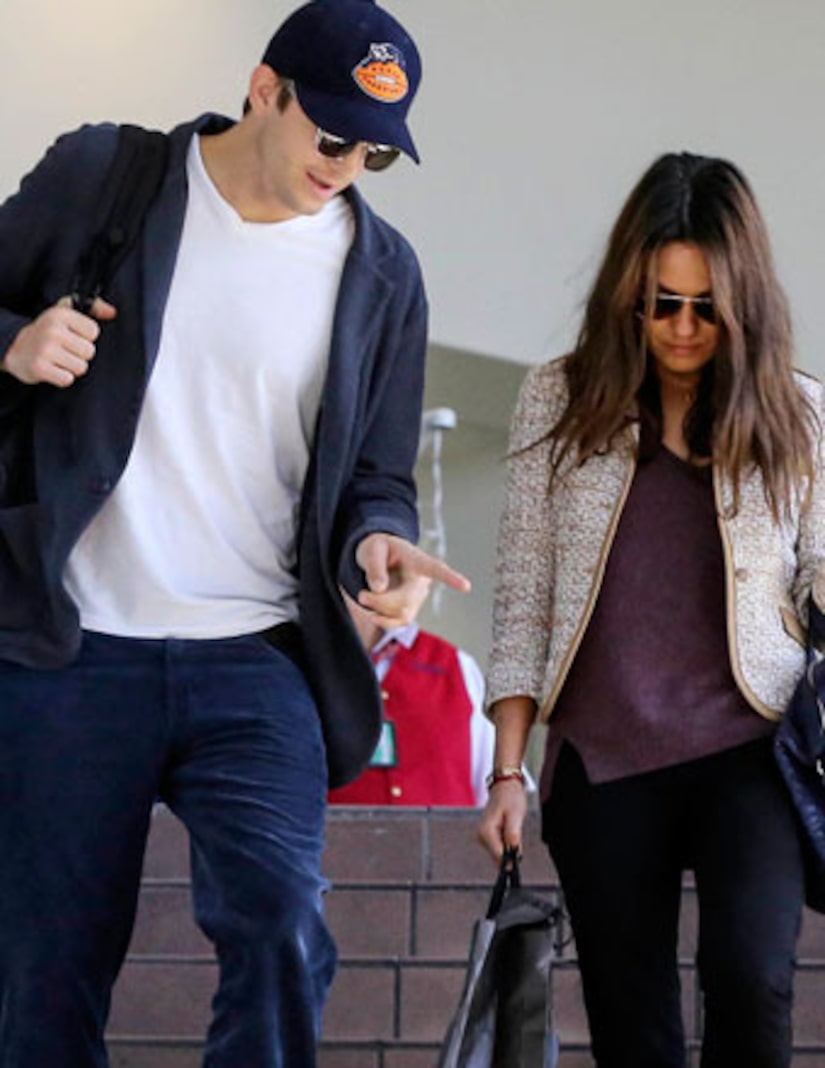 Actor Ashton Kutcher and Demi Moore are finally divorced, for real this time! The official split means he's free and clear to propose to girlfriend Mila Kunis. Will he pop the question over the holidays, or better yet, will they tie the knot?!

It took two years, but Ashton and Demi are over. TMZ reports that the final paperwork was filed on Tuesday.

The pair, who wed in 2005, agreed to settle late last month (see divorce details), and it was only a matter of time before the split was official.

Rumors have run rampant that Kutcher wants to marry his “That 70s Show” co-star, and now there is unconfirmed buzz that she might be pregnant.

It seems like the “Black Swan” star is already part of the family. She was spotted grocery shopping with Ashton's mom in L.A. on Tuesday… and the baggy sweater she was wearing only helped fuel the baby rumors.