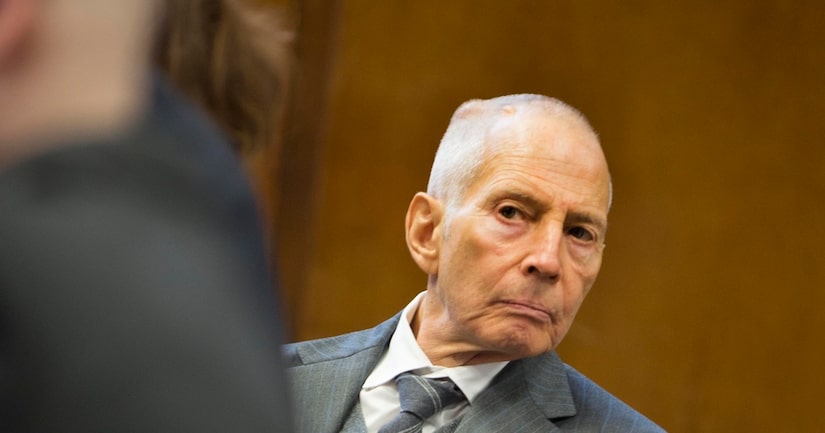 The HBO documentary “Jinx” -- about accused murderer Robert Durst -- ended with a bombshell on Sunday.

As the final episode in the series came to a close, filmmaker Andrew Jarecki confronted Durst with new evidence from the murder of the eccentric millionaire's close friend Susan Berman.

Afterward, Durst walked into the bathroom not realizing his microphone was still on.

Durst can be heard mumbling to himself, "You're caught… you're right, of course. But, you can't imagine. Arrest him."

"What the hell did I do?" he continued. "Killed them all, of course."

While it is unknown if the comments were a confession, Durst was arrested on Saturday in connection with Berman's murder.

Authorities picked up Durst in New Orleans, and sources tell People that he appeared to be planning a clean getaway to Cuba. A fake passport, falsified documents and large amounts of cash were found in his hotel room.

Berman was found shot to death in her Beverly Hills home in 2000, after police received a letter with her address and the word “cadaver.”

“Jinx” filmmakers may have helped the police connect Durst to the case, after they uncovered a letter that Durst wrote to Berman. The handwriting was a close match, according to a forensics expert on the show. In both instances, the “cadaver” letter and Durst's letter to Berman, the word Beverly was spelled Beverley.

That was the piece of evidence presented to Durst before his alleged confession.

In addition to Berman's murder, “Jinx” also focused on the unsolved disappearance of Durst's first wife Kathy in 1982, and the death of his neighbor Morris Black.

The real estate heir was accused of murdering Black and dismembering his body, but was acquitted of the charges, claiming self-defense.