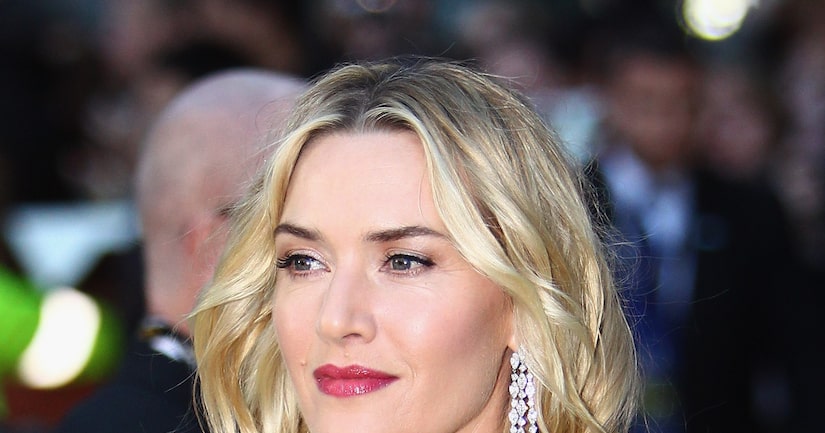 Fifteen months after giving birth to son Bear Blaze, Kate Winslet told “Extra's" Renee Bargh, “To be honest, I'm probably, kind of only just actually back to what I was before and, you know, that's really okay.”

In the one-on-one interview, Kate spoke out against the pressures new moms feel to lose weight. “I do think it is because the media do rush to put… women on the cover of a magazine, or even… grab a paparazzi shot of them… eight weeks post-baby and say, 'Oh look, eight weeks post-baby, doesn't she look amazing?' You know, looking amazing eight weeks post-baby is having huge boobs because they're full of milk, and a belly that still looks, you know, like you've got a baby inside it because guess what, that's what actually happens,” said Kate.

The star of “The Divergent Series: Insurgent" added, “It bothers me… I think it's not right and it's not fair. Having a baby is amazing and not fitting into your jeans… it's kind of a pain in the ass for awhile, but ultimately, it just doesn't matter. It just doesn't matter, and that time of being at home with that little newborn and not having to… wear a pair of jeans or slip into a red carpet dress, it's so fantastic… I wanted it to go on and on forever.”

Kate has three children. Her oldest daughter, Mia, is 14, and Bear's older brother, Joe, is 11. Believe it or not, none of them really understand how big a star their mother is. “I've been able to navigate the way quite stealthily so that, to be honest, they aren't really exposed to it… It might sound ridiculous, but it's really true. They're fairly unaware of that side of it.”

They do, however, know that mom plays the evil Jeanine in "The Divergent Series" and that makes Kate “the coolest mom in the school playground.” Kate told “Extra" she really enjoyed playing Jeanine, but had trouble relating to her. “I don't sympathize with her in the slightest,” said Kate. "People keep asking me… 'What did you channel to sympathize with Jeanine?' Nothing… I don't feel anything for her at all.”

Next up for Kate is "Steve Jobs." The film, directed by Danny Boyle, is about the late Apple co-founder, but Kate is quick to point out it's not a biopic. “People don't know much about it, actually, which is really quite cool,” said Kate. That film is slated for an October release. 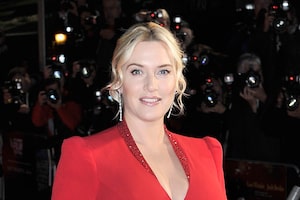 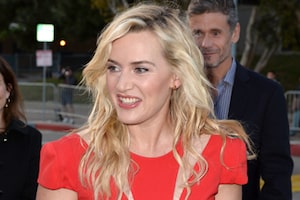 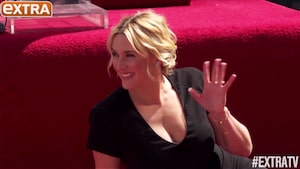 The Time When Kate Winslet Pumped Breast Milk During an Earthquake