In his first words since announcing his departure from “The Daily Show,” Jon Stewart told “Extra” exclusively on Thursday that he's not leaving show business.

“I'm still around, I'm just not doing the show anymore.”

Stewart said he's not sure how much longer he will be on the show. “We're figuring that out… at least until July and maybe a little further.”

Potential replacement names are already floating around, including Olivia Munn, Chris Hardwick, Joel McHale and Chris Rock, but Stewart said he is not sure who should take over. “I don't know… I'm looking forward to seeing who they end up picking.”

Stewart said he may have some special guests as the show comes to an end, but he just wants to focus on doing a good job. “I just hope we're able to keep doing it well to the end. Don't want to get senioritis too bad and just end up playing ultimate Frisbee, so hopefully I'll stay focused.”

“Extra” also asked Stewart about speculation that he could trade jobs with embattled NBC Nightly News anchor Brian Williams. Stewart quickly shut that headline down. “Sounds like a terrible premise for a movie.” 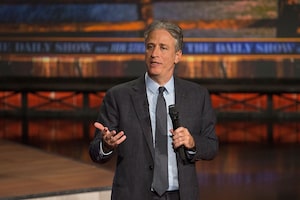 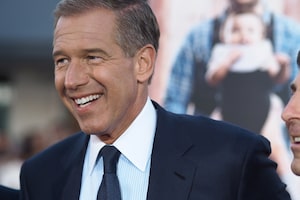 Celebs React to Brian Williams’ Suspension… and Should He and Jon Stewart Switch Jobs?