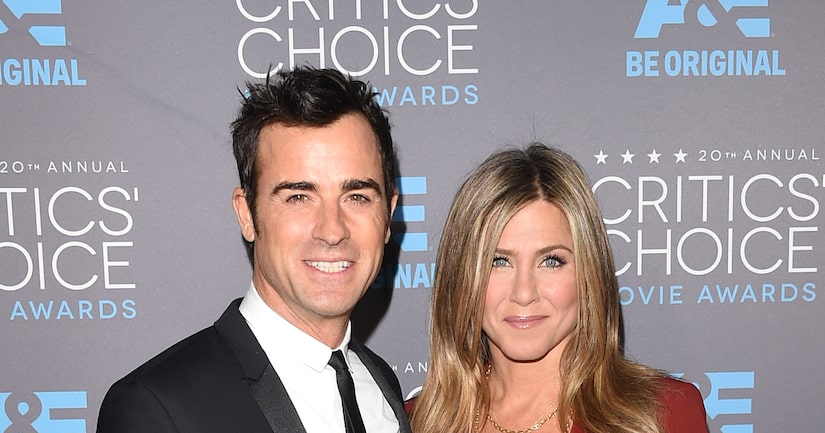 “Extra's” Charissa Thompson caught up with actress Jennifer Aniston at the 2015 Critics' Choice Awards. The “Cake” star looked stunning in a plunging red jacket with matching pants, both by Gucci, bringing further attention to her bare cleavage with a layered gold necklace.

Aniston smiled, “I'm just trying to shake it up… except I don't want to shake it off. Off would be very inappropriate, I think.”

Jen attended the awards with fiancé Justin Theroux. When Charrisa asked where he was, Aniston quipped, “My hot date is hotting to some other hottie behind me. They're hot bro-hotting together.” (Theroux was actually chatting with Reese Witherspoon's hubby Jim Toth).

Aniston was unfortunately not nominated for an Oscar, she is still proud of her work and the fact that there was Oscar buzz. “I felt excited and flattered by that. I was really happy because we worked really hard.” 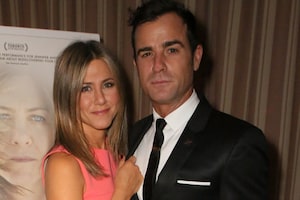 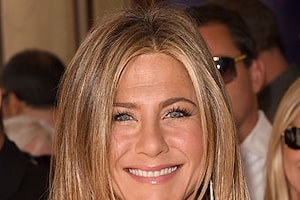 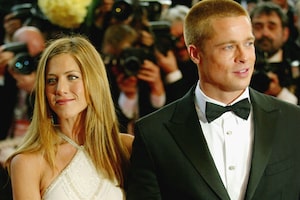