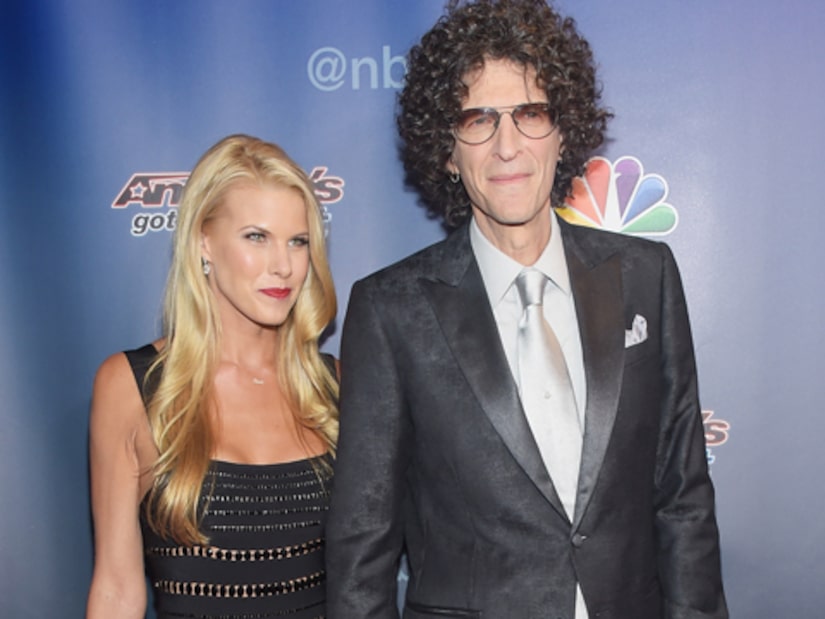 Rumor has it shock jock Howard Stern, 60, is planning to retire and move to Florida with his wife Beth. Could it be true? “Extra’s” AJ Calloway caught up with Stern at the “America’s Got Talent” finale to find out.

Stern told AJ, “That is absolutely untrue. I saw that on the news myself and I said… ‘Wow!’”

Howard and Beth do own a $52 million Palm Beach pad, but it doesn’t sound like they will be moving there permanently any time soon.

Calloway also got Stern’s thoughts on the Ray Rice scandal, and his friend Joan Rivers.

Stern said of the disgraced football player, “I think it's very unfortunate that a guy has to wreck his whole career doing something so despicable.”

Remembering his eulogy for Joan earlier this month, Howard said, “I was very, very nervous about it in the sense that I wanted to honor Joan's memory. We go way back. And she was always there for me and I always tried to be there for her. And I miss her greatly.”