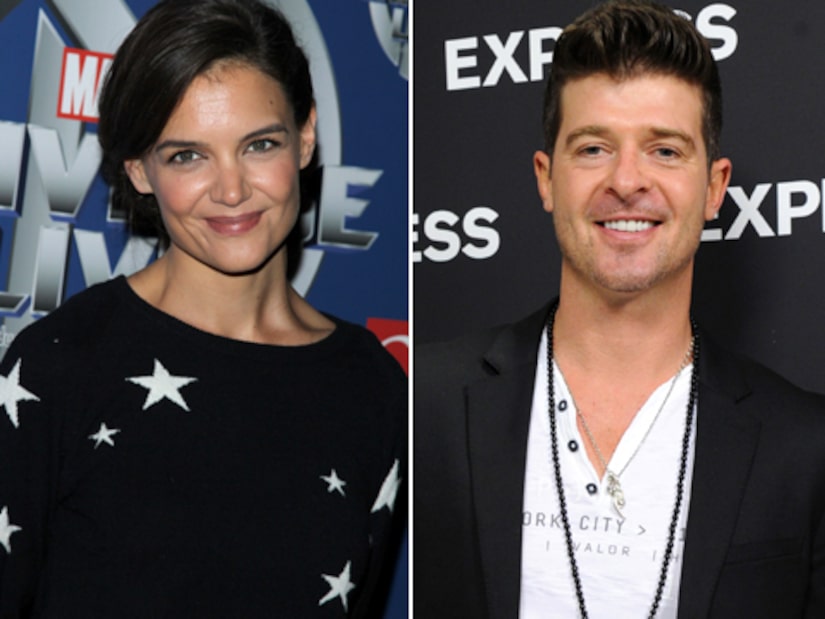 There's a new romance rumor involving Katie Holmes and Robin Thicke! Too bad it's just that… a rumor.

The source said Holmes dropped Thicke an email and they began planning a date.

While the stars would make a cute couple, an insider close to Katie told Gossip Cop the story isn't true.

The two aren't planning a date, and Holmes was confused over how the gossip got started.