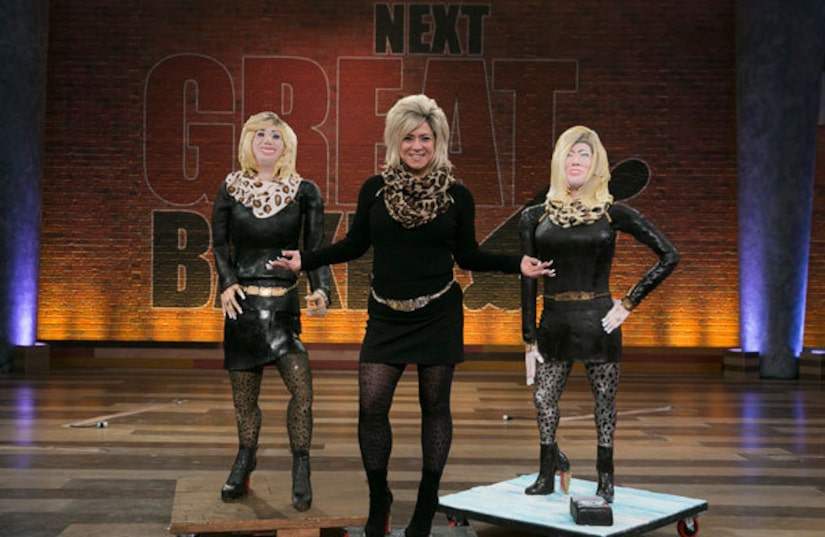 Theresa Caputo aka TV's "Long Island Medium," is appearing on "Next Great Baker" as a guest judge, and her likeness is being turned into an epic cake. Did she see that coming?

"Extra" has an exclusive sneak peek from the upcoming episode in which Theresa gets her measurements taken for the cake, and later dispenses her psychic wisdom to the show's contestants. That's the icing.

The full episode of "Next Great Baker" airs Tuesday, July 29 at 9 PM on TLC.