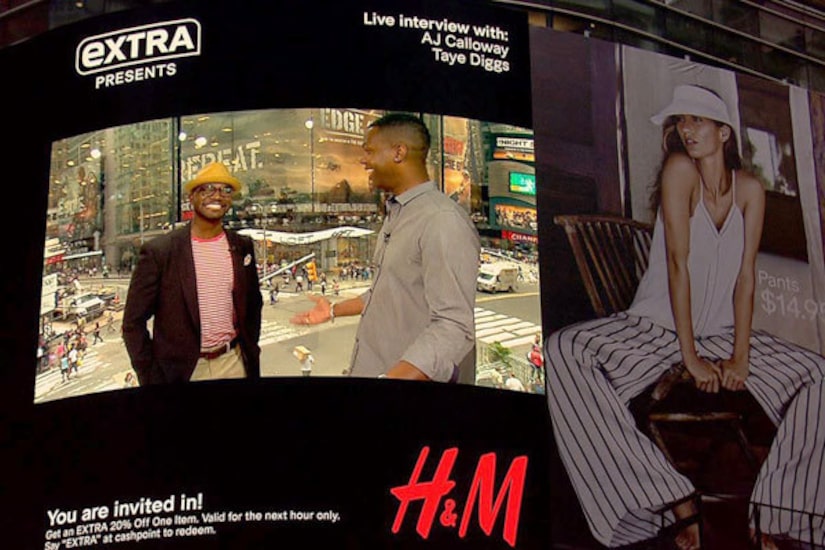 "Extra's" AJ Calloway was with actor Taye Diggs at our H&M studios in New York, talking about his new TNT drama, "Murder in the First."

The single actor also chatted about what he finds sexy in a woman. He also opened up about John Travolta completely butchering ex-wife Idina Menzel's name at the 2014 Academy Awards.