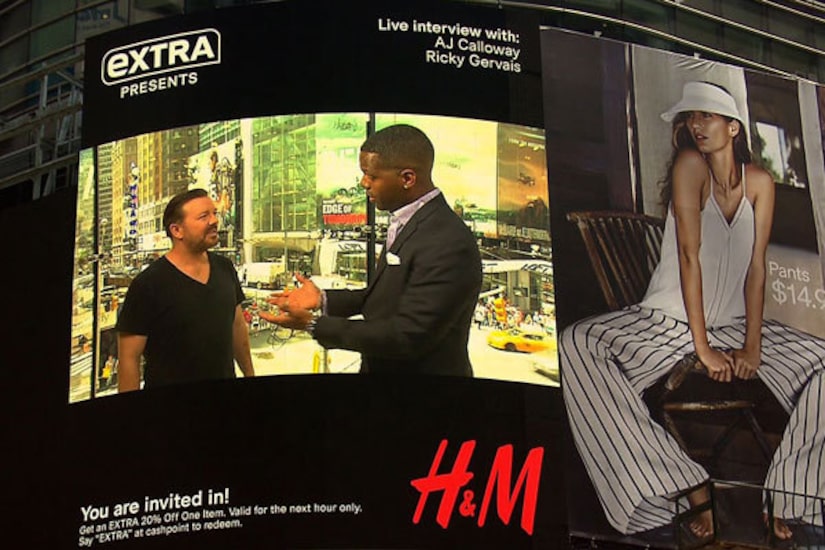 "Extra's" AJ Calloway was with funnyman Ricky Gervais at our New York Studio at H&M in Times Square as the comedian promoted the upcoming second season of his Netflix series, "Derek," and teased AJ for not wearing any socks.

Ricky also chatted about wanting to do another "Muppets" movie and whether he plans to host the Golden Globes again after Tina Fey and Amy Poehler finish their run next year.