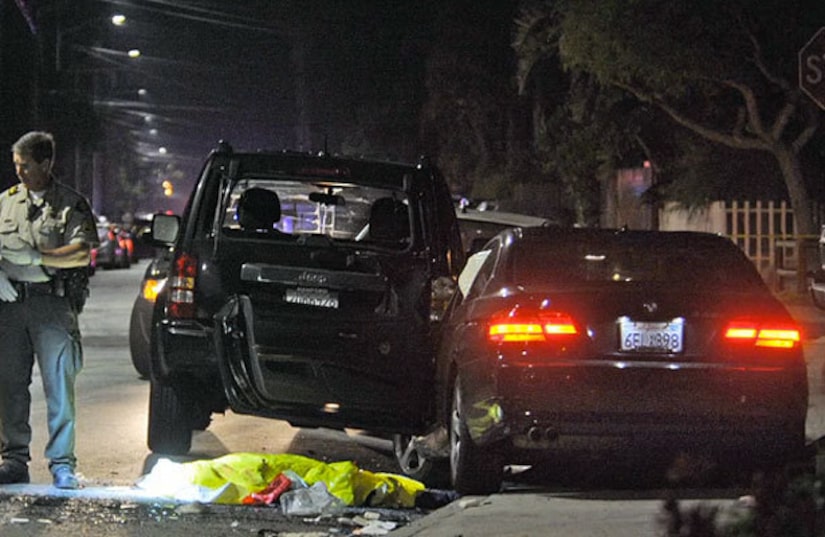 A gunman who went on a shooting rampage near the University of California, Santa Barbara campus, killing seven people including himself, may have been the son of a Hollywood director.

Police contacted the family of Elliot Rodger, and family spokesman and attorney Alan Shifman told CNN.com that the parents believe Elliott was the shooter. The 22-year-old is the son of Peter Rodger, who was a second unit director of the 2012 film "The Hunger Games," among other credits.

Authorities, however, have not yet confirmed the identity of the shooter, and the Rodger family has not yet seen the body.

Shifman also explained that Rodger family members called authorities several weeks ago after being alarmed by a YouTube video Elliott posted "regarding suicide and the killing of people.”

The nearly seven-minute video titled "Retribution" shows the younger Rodger ranting about women who ignored or rejected him over the past eight years and warns that he will "punish you all for it."

The Santa Barbara Sheriff's office spokeswoman said, "The sheriff's office has obtained and is currently analyzing written and video evidence that suggests this was a premeditated mass murder."

The shootings occurred in the residential community of Isla Vista near UCSB, where the gunman reportedly drove his BMW into a crowded area and opened fire.

The entire incident lasted around 10 minutes. After police arrived to the scene, the young man's car had crashed into another parked car. The man inside the car died from a gunshot wound, but it was unclear whether the fatal head wound was self-inflicted or the result of a firefight with police.

Along with the six people killed, seven people also were being treated in a hospital for gunshot wounds or traumatic injuries, including at least one who was in surgery. Read more eyewitness accounts here.