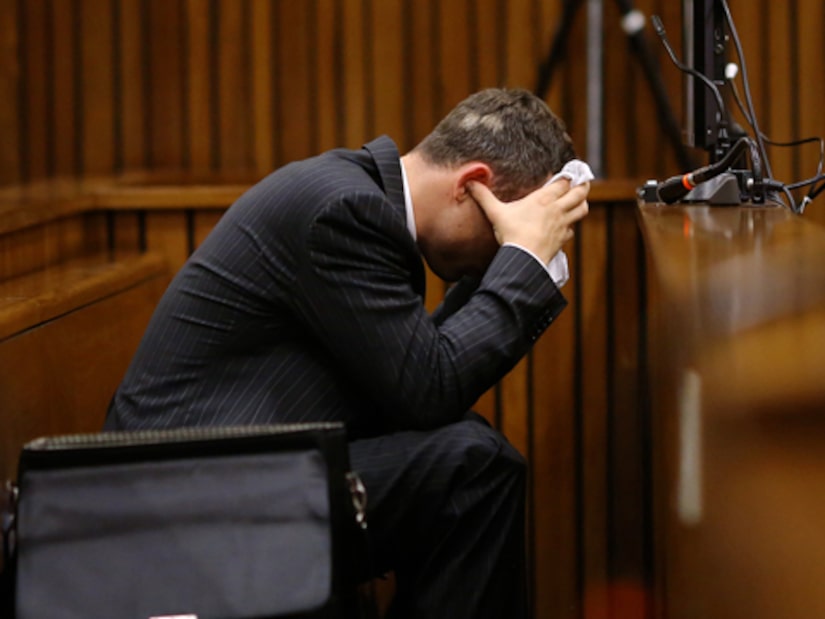 Oscar Pistorius appeared horrified as he looked at the floor and covered his ears during testimony in his trial for the murder of Reeva Steenkamp in Pretoria, South Africa.

According to the Associated Press, Capt. Christiaan Mangena told the court that Reeva, 25, was standing in the bathroom when she was gunned down through the door, taking a bullet to the hip. "I'm of the opinion that after this wound was inflicted… she dropped immediately.”

Afterward Steenkamp fell onto a magazine rack, and was shot twice more. As Mangena described how she took a defensive position, by covering her face with her arms, Pistorius, 27, looked down and covered his ears.

The policeman continued to describe how a second bullet passed through the model's hand, and into her head where it split apart. A fragment from the bullet then exited the back of her head, hitting the wall behind her.

The ballistics expert said a third bullet hit the wall behind her and split apart. Fragments from that bullet are believed to have caused bruising on her back.

Mangena added that the bullets used were particularly deadly, explaining, "It hits the target, it opens up, it creates six talons, and these talons are sharp. It cuts through the organs of a human being.” 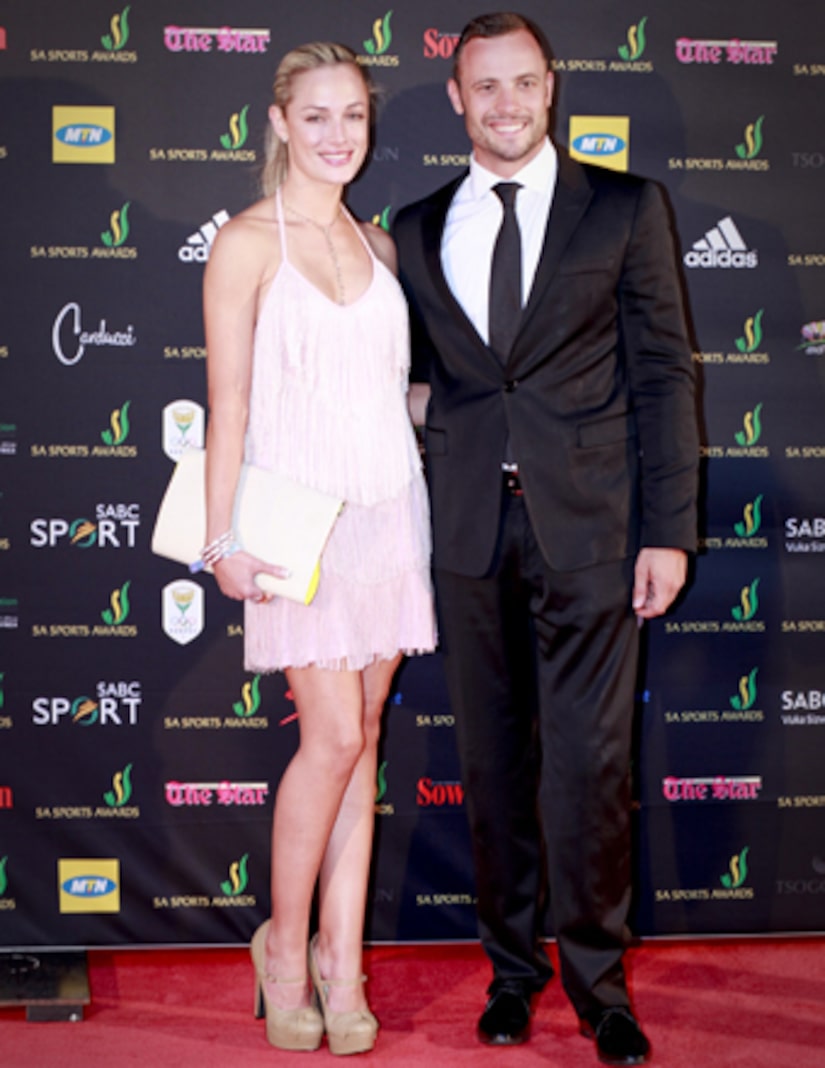 Pistorius, who is facing first-degree murder charges, has always claimed that he shot Reeva through the bathroom door because he thought she was an intruder.

Prosecutors say that he killed his girlfriend after a loud argument.

If convicted, the athlete could receive 25 years to life in prison.