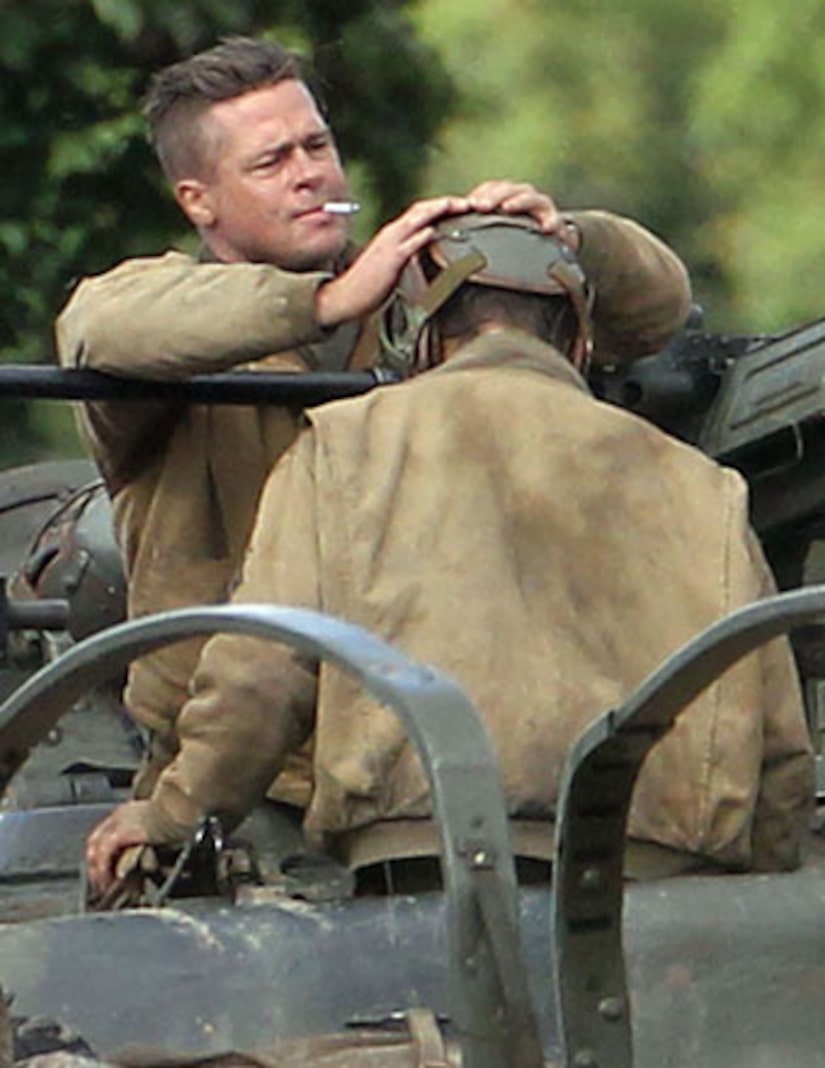 A movie stuntman was rushed to the hospital after being stabbed with a bayonet on the set of Brad Pitt's new WWII film, “Fury.”

Production company representative Claudia Kalindjian told The Guardian, "There has been an accident between two professional stuntmen which happened in a rehearsed action sequence. It was an accident. It is obviously very unfortunate. He left the set laughing and talking."

After the accident, which occurred in the Oxfordshire countryside, the 35-year-old was airlifted to Oxford's John Radcliffe hospital, about a 1-hour drive from London.

Thames Valley police are not treating the incident as a crime.

The film, directed by David Ayers, focuses on a US tank crew that embarks on a brave mission in Germany near the end of WWII.