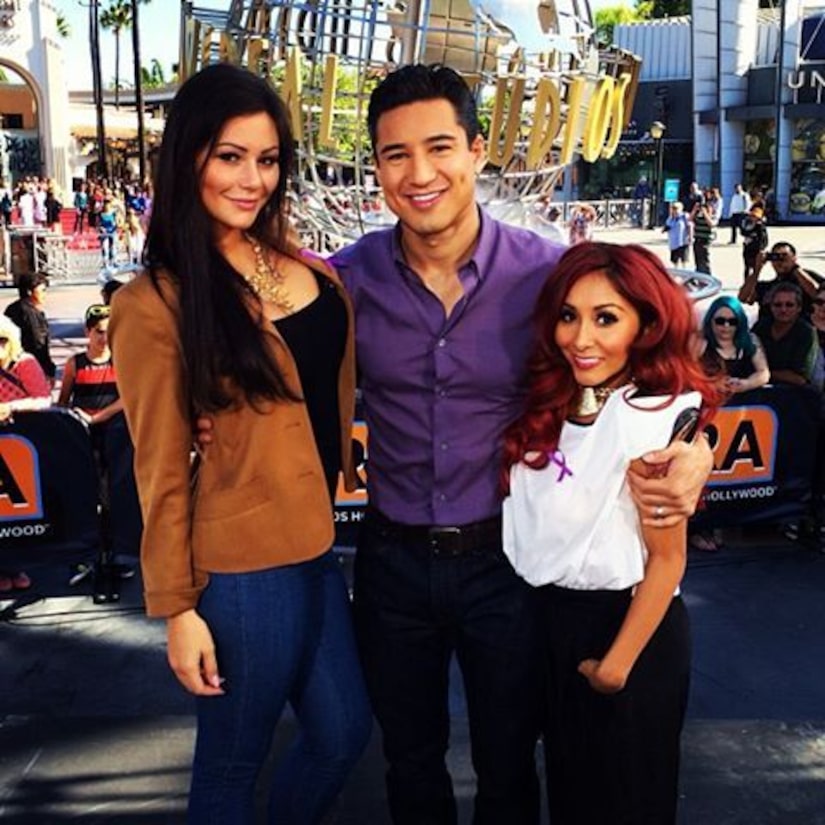 With the new season of "Snooki & JWoww" around the corner, both ladies said they "don't mind" being called by their "Shore" names, but new mom Polizzi now "feels like more of a Nicole."

When asked about her “DWTS” routine to Britney’s “Work B***h,” Nicole said, “It was just a celebration of me being a new person and a mom. So I just got up there and I did it… It was like I was in the club again.”

Jenni then talked about her upcoming nuptials with longtime boyfriend Roger Mathews. “I definitely think Nicole might get married before me… It’s so hard planning a wedding. I want to go to Vegas and get married by Elvis.”